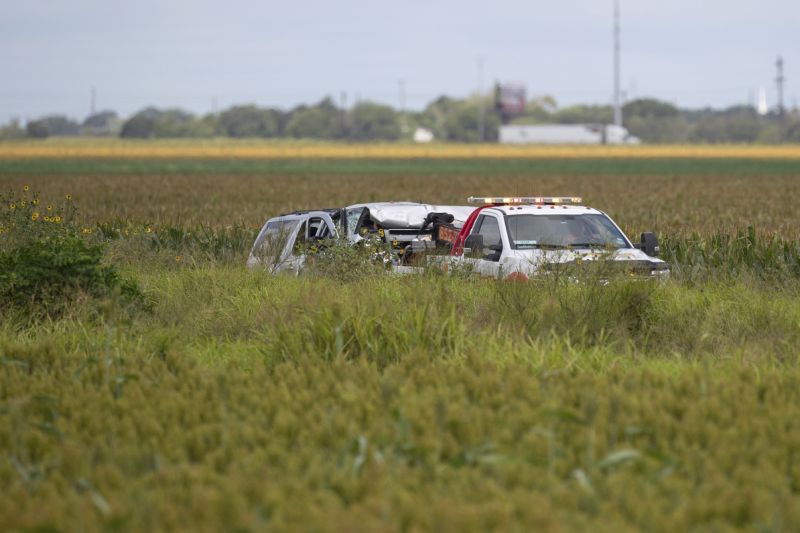 June 6: Six undocumented migrants were killed when their car crashed into an irrigation ditch after a police chase in rural South Texas, police said.

Five others were seriously injured. The SUV had been packed with more than a dozen undocumented migrants from Guatemala, Honduras, El Salvador and Mexico, Nueces County Sheriff J.C. Hooper said in an interview broadcast on local television networks.

Police believe the vehicle was the same as an SUV that fled a traffic stop in rural Robstown, Texas, about 20 miles west of Corpus Christi, late Tuesday night, spurring a police chase, Hooper said.

The officers called off the pursuit after the SUV veered off the road and into the cotton field at about 10 p.m. on Tuesday, and did not know there had been a wreck until passersby reported seeing men, some who appeared injured, wandering on the road.

“Shortly after daylight we were able to locate the vehicle,” Hooper told the media in a broadcast interview. “They did find six deceased, five seriously injured, and evidence that more walked away.”

Police believe the driver fled. Some media accounts, including local CBS affiliate, said all the dead men were from El Salvador.

Representatives from both the Robstown Police and Nueces Sheriff’s office were not immediately available to Reuters early Thursday.

DHADING, Oct 13:  A   security personnel died in a motorcycle accident at Baireni Bazaar of Baireni VDC-9 in the district. Read More...