PYUTHAN, May 13: The bus driver, Bir Bahadur Tharu from Kailali, was one of the five killed in a bus accident that injured 25 others. The bus (Na 4 Kha 1876) was en route to Khalanga, Pyuthan from Mahendranagar when it veered 200 meters off the road at Pakuri Khola-4 of Saruma Rani rural municipality.

According to those injured, the bus veered off the road after its headlight abruptly turned off at 2:55 AM.

Bodies of the four deceased, along with the injured have been taken to Pyuthan’s district hospital and Butwal. As a woman’s body is squeezed inside the bus, police plan to halve the bus to extract the body.

Immediately after receiving the information of accident, DSP Rajendra Pokhrel, chief of Pyuthan’s district Police, had led a team of 40 police personnel for rescue.

A primary investigation showed that the bus might have veered off the road after its headlights stopped working. The Armed Police Force and the Nepal Army are also working in rescue. 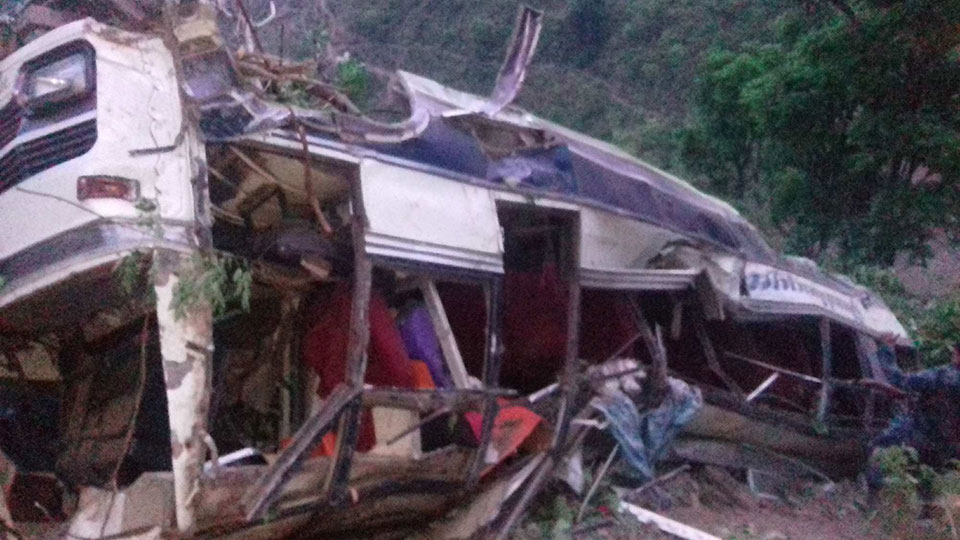 KATHMANDU, March 29: As many as 27 people were injured in a bus accident in Bhanjyang of Dakshinkali Municipality-4 on Thursday morning. ... Read More...

Weather: Light to moderate rain forecast for today
28 minutes ago