Six die in icy Texas pileup as frigid weather blankets much of U.S 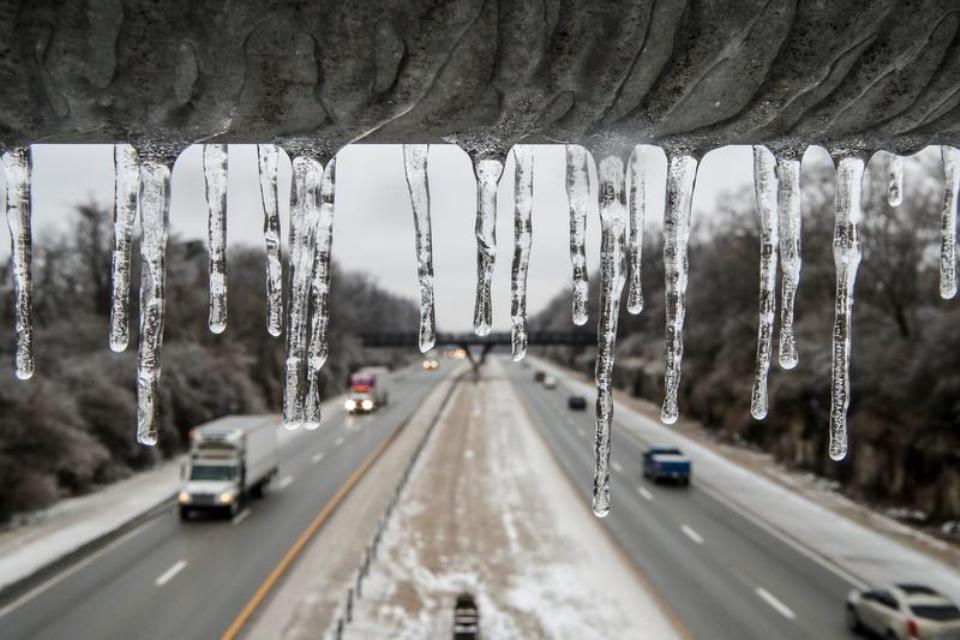 USA, Feb 12: Winter weather battered the United States from coast to coast on Thursday as a series of storms expected to last for days mixed with an Arctic air mass to bring snow and freezing rain as far south as Texas, where six people died in a multi-vehicle pileup.

A line of freezing rain stretched from Texas to West Virginia, with some of it accumulating to one-quarter to one-half inch, according to meteorologist Marc Chenard at the National Weather Service’s Weather Prediction Center in College Park, Maryland.

Among the areas coated with freezing rain during the Thursday morning rush hour was Fort Worth, Texas, where police said icy road surfaces were a factor in a traffic wreck involving 133 vehicles that began in the express lanes of Interstate-35.

At least six people were killed in the pileup, and 65 others were treated at hospitals for injuries, including three initially listed in critical condition, fire and rescue officials told reporters later in the day.

“There were multiple people that were trapped within the confines of their vehicles and requiring use of hydraulic rescue equipment to successfully extricate them,” Forth Worth Fire Chief Jim Davis told a news briefing.

Video from the scene showed dozens of smashed cars and trucks, some literally piled on top of one another on a slick roadway under cloudy skies. A large stretch of the highway was closed in both directions for hours after the crash.

The Texas precipitation was part of a system that brought rain to several Southeastern states and modest amounts of snow to West Virginia, Maryland and New Jersey, Chenard said.

A separate storm system will make its presence felt in the mid-Atlantic region on Saturday, he said.

“That may bring potentially significant freezing rain accumulations to portions of Virginia and Maryland,” he added.

Yet another weather system was moving into the Pacific Northwest, where it was forecast to remain through Saturday and bring as much as 8 inches (20 cm) of snow to normally rainy Seattle and 12 inches (30 cm) to Portland, Oregon. Seattle averages about 6 inches of snow in an entire winter season.

“An event of this magnitude is rare,” said Chenard.

The Northwest storm front is forecast to make its way eastward, bringing significant snowfall to the upper Midwest over the weekend and freezing rain south almost to the Gulf Coast of Texas.

“There likely will be winter weather impacts in the East by early next week,” Chenard added.

The storm systems, which normally would have brought rain, have been converted into snow and ice makers by a polar air mass that has descended on much of the country, bringing frigid temperatures before beginning to recede in the middle of next week, Chenard said.

No electricity, no water, Texans struggle through historic cold with more dark days ahead