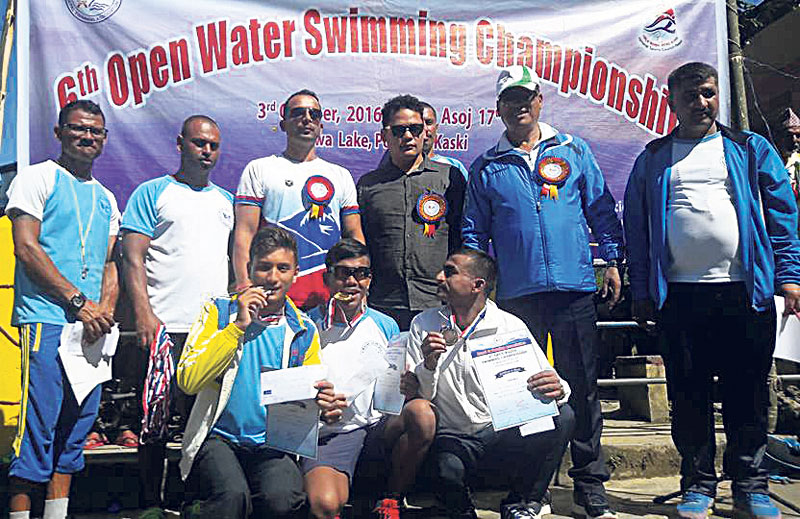 Dhanman Gurung (33 minutes 5.88 seconds), Ram Kumar Mithun (34 minutes 6.88 seconds) and Arjun Nepali (36 minutes 23.41 seconds) secured the top three spots among the locals. The category was organized with the view to attract locals in swimming. The top three finishers were handed over cash prizes of Rs 10,000, Rs 6,000 and Rs 4,000 respectively along with certificates.

The event also saw participation of a British citizen and an American besides only one lady swimmer, Ruby Tamang. Ruby was given motivational reward of Rs 5,000 by Kaski District Swimming Association President Baibhav Paudel.

The event jointly organized by Kaski District Swimming Association and Kaski District Sports Development Committee started from the boating point of Barahai Temple and finished at Little Garden at the other end.