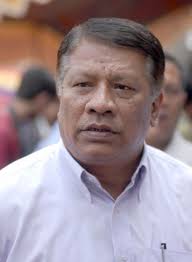 A section of leaders within the party, including former general secretary and lawmaker from Kathmandu- 1 Prakash Man Singh, has intensified internal homework to challenge Deuba's bid for the post of PP leader, arguing that the party needs to be purged with a new leadership.

Many within the NC believe that the leadership of Deuba and his poor working style had earned NC humiliating defeat in the recently held provincial assembly and parliamentary polls. Various youth leaders including Chandra Bhandari, Gagan Thapa, Dhan Raj Gurung, Guru Raj Ghimire, Kalyan Gurung, and Pradip Paudel have been demanding second-generation leaders be given a chance to lead the grand old party.

As the left alliance comprising of UML and Maoist center-the largest and second largest party is preparing to form a new government after the merger, NC's PP leader is set to be the main opposition leader, who has a very important responsibility in the parliamentary proceedings. The PP leader of the main opposition party is also seen as the prime minister-in-waiting.

The rival faction within NC is led by senior leader Ram Chandra Paudel. But as Paudel was defeated in the recently held parliamentary election, the likely candidates to challenge Deuba are General Secretary Shashank Koirala, and Prakash Man Singh.

Leaders said Paudel faction plans to forward the name of Koirala if Deuba agrees to hand over the PP leadership to him. “In case there is no consensus, Prakash Man Singh will challenge Deuba during the party's PP election,” said Kalyan Gurung, a youth leader from the rival faction.

NC has a total of 63 lawmakers elected under both first-past-the-post and proportional representation electoral system in the House of Representatives (HoR) and 13 members in the National Assembly. Although Deuba commands an overwhelming majority, the rival faction plans to field candidacy against him to give a message that it is time for the four-time prime minister to hand over party leadership to the second generation leaders.

Of the total 63 members in the HoR, Deuba has over 39 votes. Similarly, seven out of the total 13 members in the National Assembly belong to Deuba faction. The rival faction may get additional four votes if Krishna Sitaula-led faction, which forged an alliance with Deuba during the general convention,  decides to vote against him.

The rival faction leaders argue that Deuba has been able to secure majority votes in his favor as over 25 of the total candidates elected under PR system in the lower house belong to Deuba faction.

“We may not win the election. But we will not let Deuba to be elected unopposed,” said a leader from the rival faction, asking not to be named.

KATHMANDU, Jan 31: A parliamentary probe committee has stated that the then CIAA chief Lokman Singh Karki, who was disqualified by... Read More...

Citizenship Bill withdrawn from parliament due to lack of unanimous position among parties: Govt
30 minutes ago