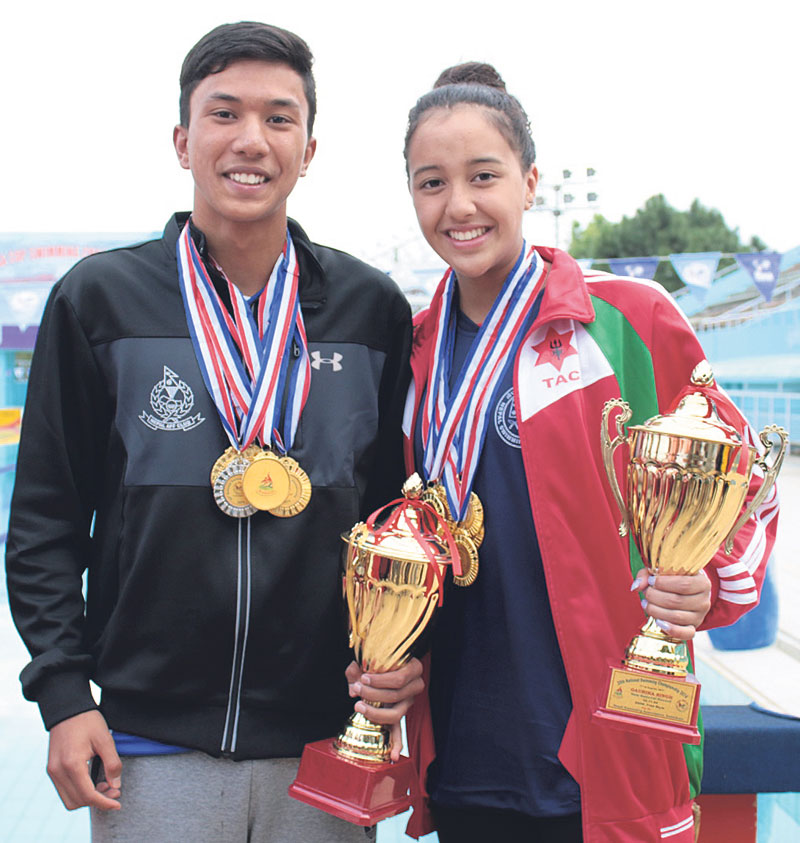 Singh completed the 100m distance in one minute 7.69 seconds to better her own record of one minute 10.94 seconds and shattered Shah’s earlier national record in 50m distance of 28.85 seconds in 28.50 seconds. Olympian Singh had set national records in two different categories on the first day of the championship on Thursday.

Likewise, Duana Lama of APF, Sameera Shova Thapa of Western Region and Alexender Shah of Central region bagged a gold medal each in 200m individual medley, 100m backstroke and 50m freestyle events respectively.
Lama clocked the 200m distance in two minutes 54.95 seconds, Thapa completed the 100m distance in one minute 29.96 seconds and Shah in the 26.63 seconds in the 50m distance.