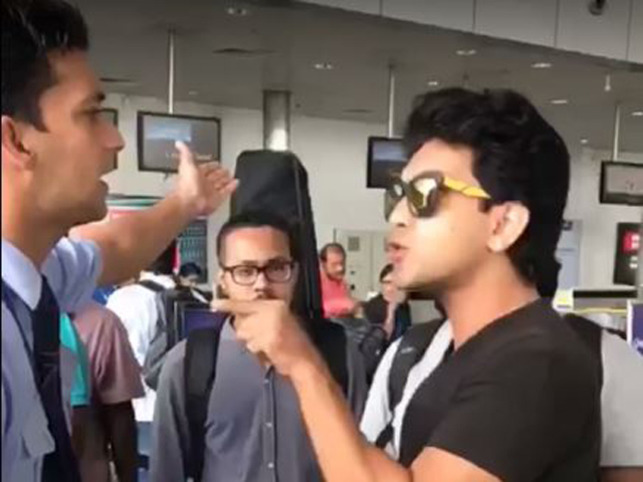 The incident occurred around Monday noon when Narayan traveling on Raipur-Mumbai IndiGo flight 6E-258 used "unparliamentary language" with a female staff member of the airline.

The airline came out with its version after a video emerged showing Narayan engaged in an argument with its staff members at Raipur airport.

The verbal altercation was reportedly triggered after Narayan was asked to pay for carrying excess baggage on-board.

The actor-singer was traveling with a group and was allegedly carrying excess baggage of 40 kg -- well above the free prescribed limit of 15 kg.

According to the airline, Narayan was asked to pay Rs 13,000 for the excess baggage, which he refused and thereafter used "unparliamentary language" with a female staff member of the airline.

It was reported that the acclaimed singer could get the permission to board his flight only after seeking forgiveness from the employee.

He added, "Narayan was informed that if he continues to misbehave then he will not be allowed to travel. Later, Narayan apologized to the ground staff and thereafter was given his boarding card."

Should vaccinated people mask up with COVID-19 cases rising?
17 hours ago