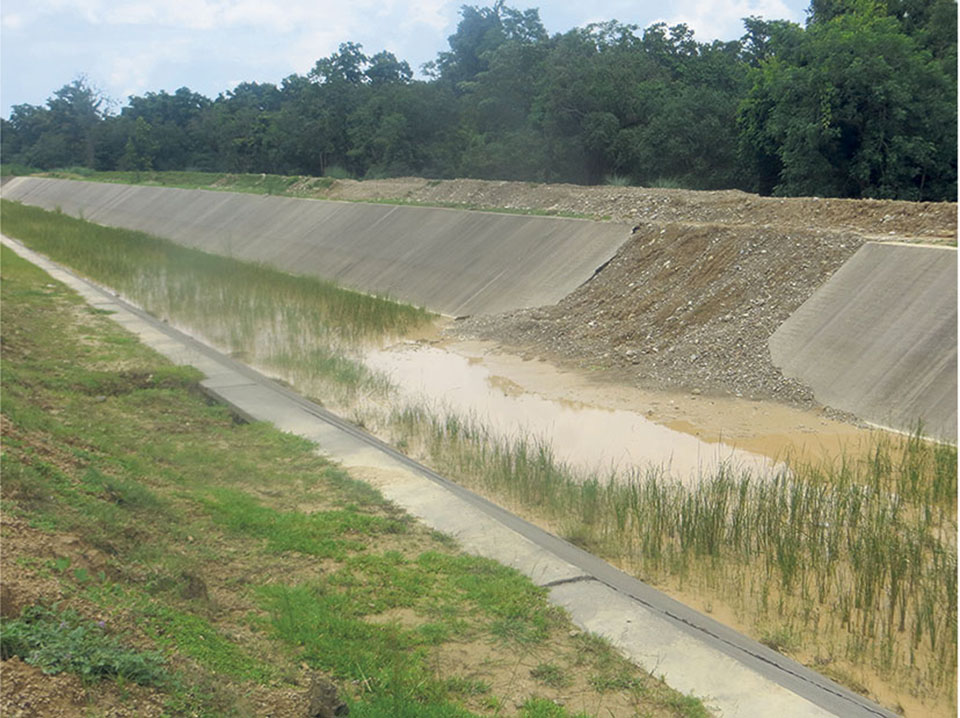 NEPALGUNJ, April 12: Sikta Irrigation Project: A group of land brokers in collusion with land revenue officials are found to have illegally transferred the ownership of public land worth millions of rupees to the names of private individuals.

The group is found to have transferred 5.13 kattha (18,700 square feet) of Sikta Irrigation Project land at Karkando of Nepalgunj  to the names of various individuals. A preliminary investigation has found that land broker Khairul Hasan Ansari  transferred the government land to the name of his mother Hasratun Nisha Ansari some nine months ago.

Officials said Ansari is found to have transferred the land ownership  in collusion with officials of the land revenue office. A local of Nepalgunj Sub-metropolis-3, Khairul has already taken out a bank loan  with the same land as collateral. An office of the Sikta Irrigation Project and  staff quarters have been built on the project land.

Project Director Krishna Prasad Nepal said  one of the 10 plots of project land has been sold. “Around six months ago, an individual came to the office along with an official from the survey department and said that his land was inside the office compound and that he had bought the land 45 years ago,” Nepal told Republica. “We turned him away saying it wasn’t possible for him to own land inside government office premises.”

The project office then wrote to the Land Revenue Office and sought details. And it learnt that a plot was indeed sold to a private individual. “We are also surprised  how  government land was transferred to an individual,” Nepal added.

According to him, the Land Reform Office had transferred the land to the Sikta Project around four decades ago.  After that, the the project office was built there.

In similar fashion, another land broker, Juned Ansari, is found to have transferred 5.13 kattah of government land at Nepalgunj Sub-metropolis-3 to the name of his mother-in-law Lali Malla. Ansari, an Indian national from Motipur Baharaich who lives in Nepalgunj-16, is found to have registered the land in her name eight months ago. But he didn’t manage to acquire the land ownership certificate.

The district police office Banke  started investigations into the matter after finding that government land in different areas worth of millions  was transferred to the names of various individuals through forged documents.

According to him, police have taken permission from the courts to arrest 26 individuals in this connection.

Those arrested so far include Khairul Hasan Ansari of Nepalgunj-3, four land revenue officials including  then chief of the Land Revenue Office Banke Pushpa Shrestha.

SP Paudel also said that eight individuals including  then district chief of the Land Revenue Office Bardiya Krishna Prasad Gyawali are at large. They have been accused of  involvement in the same case.

“We have been looking into charges of forging documents and other allegations. We will come up with  conclusions soon,” he said.

NEPALGUNJ, July 1:One of the national pride projects, Sikta Irrigation Project, has started releasing water to the fields from its... Read More...

NEPALGUNJ, Jan 15: Only 45% of work on eastern canal of Sikta Irrigation Project has been completed even though the... Read More...

NEPALGUNJ, Aug 28: Right after completion of the headwork of Sikta Irrigation Project in Agaiya of Banke, the locals had protested... Read More...

Three dead, one injured in  Solukhumbu road accident
20 hours ago