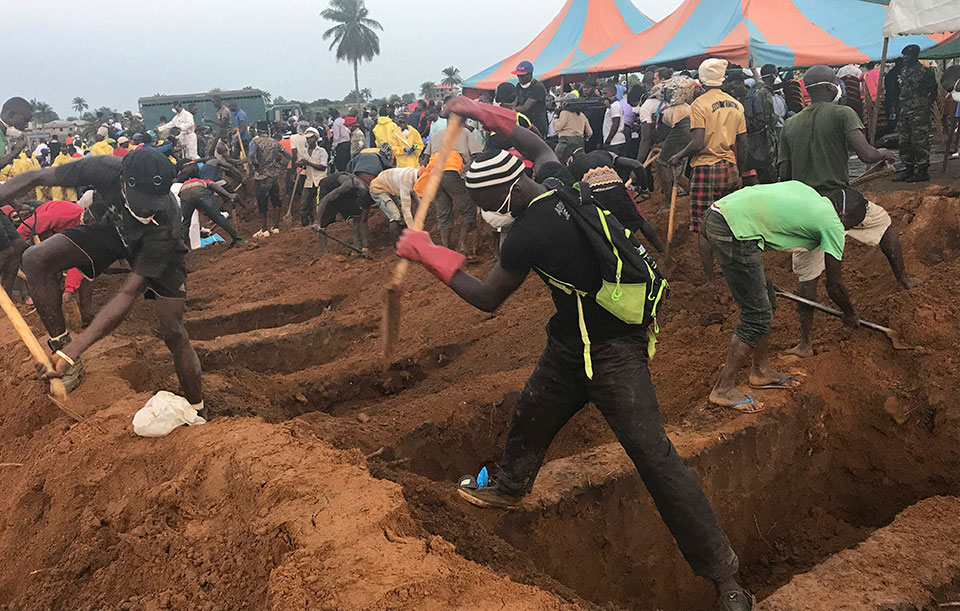 The U.N. humanitarian agency says 409 bodies have been found after flooding and mudslides in the West African nation's capital of Freetown on Monday morning.

Burials have begun as an estimated 600 people remain missing.

People continue to search through tons of mud and debris amid the threat of further mudslides.

The government has warned residents to evacuate a mountainside where a large crack has opened.

Rainfall remains in the forecast for the coming days, slowing recovery efforts.

Thousands of people have lost their homes. Some critics accuse the government of not learning from past disasters.

Many poor areas are near sea level and lack good drainage. The capital also is plagued by unregulated construction.

FREETOWN, Sierra Leone, August 14: Relatives dug through the mud in search of their loved ones and a morgue overflowed with... Read More...