Siblings missing since more than a week 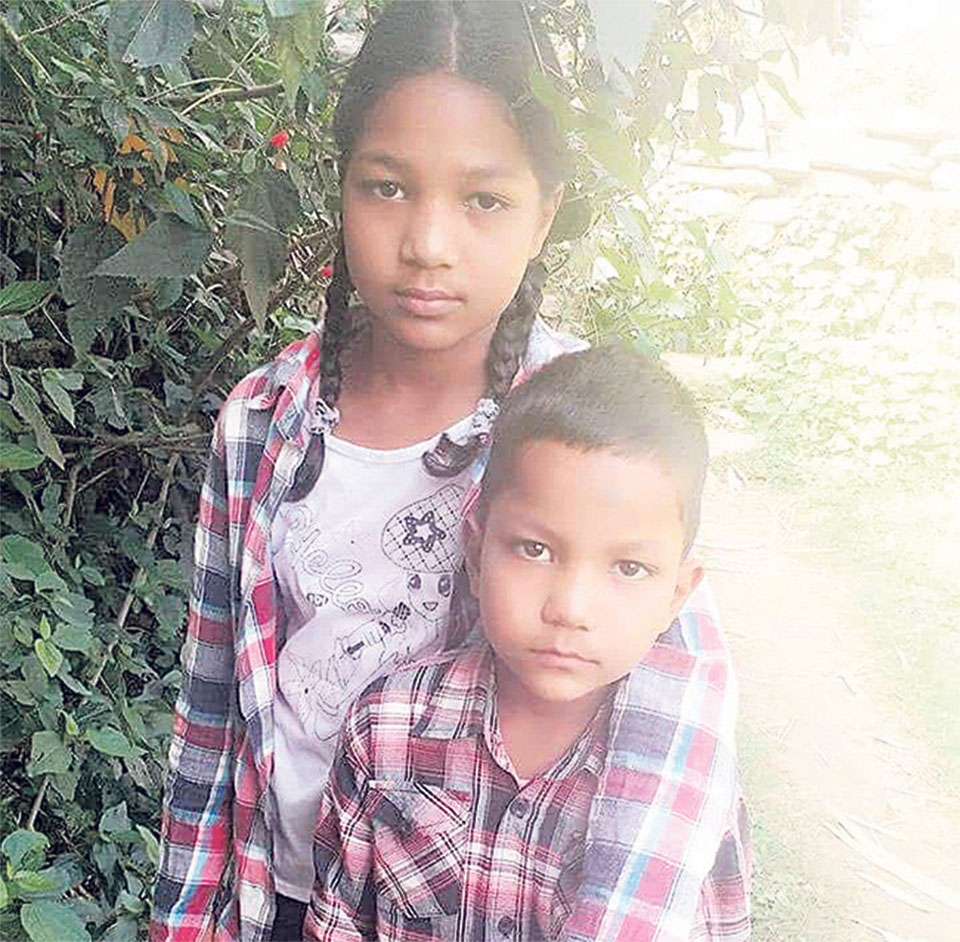 Sanju and Sipjan who have been missing since more than a week.

MYAGDI, Feb 25: The whereabouts of two siblings of Pokhara-Lekhnath Metropolis-25, Hemaja, is still unknown. They have been missing for the past one week.

Dil Kumari BK, a permanent resident of Malika Rural Municipality-7 of Myagdi, who is currently living in Hemja, is in great agony as both her children have been missing for over a week. Dil Kumari's eleven-year-old daughter Sanju and seven-year-old-son Sipjan went missing on February 19 from nearby their home where they were playing, according to Manju BK, one of the relatives of the BK family. She further said that the family members were unable to find the children despite searching for them all over Pokhara.

Sanju is a fifth grader and her brother Sipjan, a Grade 1 student at the Simpani-based Spiral Galaxy School. "We have already informed the police as well as our relatives outside of the district," said mother Dil Kumari, adding, "But nothing has been found yet." She further informed Republica that she has urged all her relatives in nearby districts to inform the police if they found her children. She has not been able to have a sound sleep after the disappearance of her children.

Dil Kumari's husband Dev Bahadur BK lives separately in Jajarkot. Initially, he was suspected to have taken his children to his residence but he rejected the allegations. Since then, police have intensified their search for the children in coordination with various police stations.

3,284 foreigners arrested in five years for committing various crimes in Nepal
9 minutes ago

Overcrowded district jail at risk of infectious diseases
14 minutes ago

Madhav Nepal is not on right path: Bagmati CM Shakya
40 minutes ago
Current govt is an alliance of greedy sinners: Rayamajhi
1 hour ago