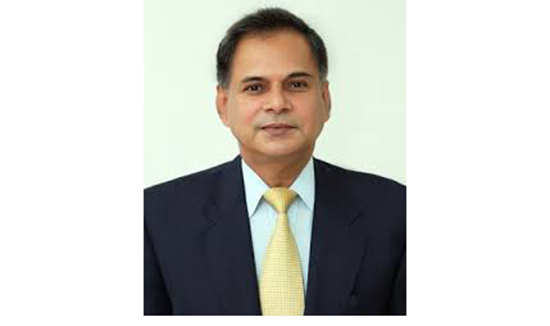 KATHMANDU, March 1: The newly-appointed Secretary General of SAARC, Amjada Hussain B Sial, assumed charge of his office in Kathmandu on Wednesday.

Sial succeeds Arjun Bahadur Thapa, whose tenure ended Tuesday, according to a press statement issued by the SAARC Secretariat.

Sial is a seasoned diplomat from Pakistan Foreign Service with a career spanning over 33 years. He holds a Masters Degree in Defense and Strategic Studies from the National Defense University, Islamabad. He has a rich experience in bilateral and multilateral diplomacy both at Ministry of Foreign Affairs in Islamabad and missions abroad, according to the statement.

Besides serving as Pakistani ambassador to the Republic of Tajikistan from 2011-14, and Ambassador/Alternate Permanent Representative at Pakistan Mission to the United Nations, New York, Secretary General Sial also served as Director (Pakistan) from 2003-2006 at SAARC Secretariat in Kathmandu. He was Special Secretary at the Ministry of Foreign Affairs in Islamabad before taking up the assignment as the head of the SAARC.

SAARC secretary general is appointed by the SAARC Council of Ministers upon nomination by a member state on the basis of the principle of rotation in alphabetical order for a period of three years.

Pakistan had proposed Sial for the post of secretary general during a meeting of the Council of Ministers at Pokhara in March last year. Although the political tension between India and Pakistan had caused some delay in the endorsement of Pakistan's nomination, Sial could take up the assignment well on time.

It is expected that Sial's assuming the post of SAARC head could give momentum to the preparation of the the 19th SAARC Summit that Pakistan is hosting. Nepal had hosted 18th Summit in Kathmandu in November, 2014.

Will fight for defending democracy during life-NC general secretary Koirala