Shot by Taliban for studying, 'Afghanistan's Malala' graduates with honors 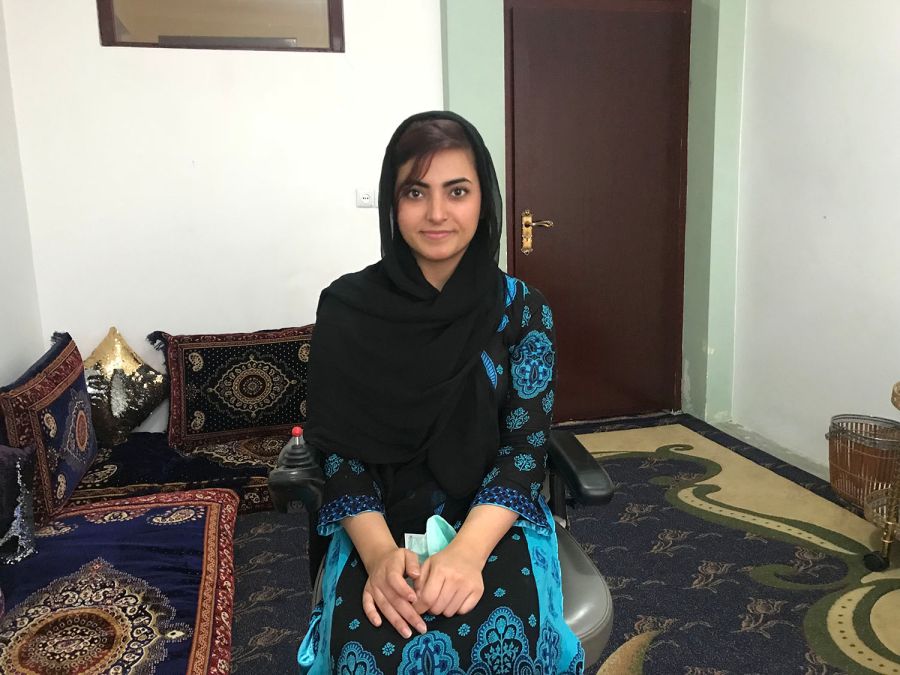 KABUL, June 11: The moment Breshna Musazai climbed onto the stage in a black cap and gown, leaning on a walker and her brother's arm, the audience burst into applause.

Of the 139 students who received bachelor's degrees at the American University of Afghanistan on May 11, Musazai, 28, was the indisputable star. Paralyzed by polio in one leg and shot by insurgents in the other, she had triumphed.

"When I looked at the audience, everybody stood for me," she said in an interview at her home here. "It was a very proud moment."

Her perseverance is remarkable, given the obstacles to higher education that Afghan girls face, even without physical disabilities. Many girls' schools are closed in areas that the Taliban controls or contests. About 80 girls' schools closed last week in eastern Nangahar province after the Islamic State said it would attack the schools, according to media reports.

About half of all Afghan children between ages 7 and 17 are not in school, 60 percent of that group being girls, according to a UNICEF report released this month. Even in government-controlled areas, a low percentage of girls go to college after finishing high school: Many conservative families do not allow their daughters to remain in school after puberty and arrange for them to marry instead.

Soon after the commencement, photos of Musazai went viral. Hundreds of people liked and shared them on Twitter and Facebook. Some compared her to Malala Yousafzai, the young Pakistani woman who was shot by Taliban attackers in 2012 and later won the Nobel Peace Prize.

"Breshna is full of courage and inspiration," tweeted Sahar Fetrat, a feminist and activist in Kabul. "She definitely is Afghanistan's Malala. More power to her."

Musazai said the admiring tweets and posts "gave me more courage to do better than this in the future."

Musazai comes from a middle-class family who supported her education. "We wanted her to study so she would become independent in the future," said her father, Saleh Mohammad Malang, a former member of parliament.

She attended high school and college in Pakistan, where her family moved before she was born. She also learned English and computer skills. After they returned in 2011, she began studying law at American University, a modern coeducational campus.

But on Aug. 24, 2016, as she made her way to the campus mosque for evening prayers, Taliban assailants shot their way into the compound. Students hid in classrooms or tried to escape. Musazai, barefoot and slowed by her paralysis in one leg, struggled to reach the nearest building.

In a hallway, she recounted, an insurgent wearing a police uniform shot her in the leg. She fell and pretended to be dead, and he shot her again in the foot. Despite the pain, she did not move for hours.

"I didn't want them to know I was alive," she said.

Finally, around midnight, a police officer entered the building and began firing blindly in the dark hallway. The bullets passed directly above where she lay.

"I thought I was going to die for sure," Musazai said.

Instead, a police officer carried her to an ambulance. One leg was broken and two of her toes had been shot off.

An American trustee of the university, a surgeon at a hospital in Dallas named John Alexander, sponsored her trip there for medical treatment. After six months, she returned to Afghanistan. Her fiance, who had accompanied her to the United States, decided to move to Canada and asked her to join him. She refused.

"I told him it was not the right thing to do," she said.

Afghanistan has one of the world's highest illiteracy rates among women, but there are also an increasing number of women such as Musazai pursuing higher education despite security threats and social restrictions.

In March, Jahantab Ahmadi, 25, an Afghan mother of three, made headlines after a photo showed her nursing her baby while taking a university entrance exam. The photo went viral on social media, and supporters set up an online account to help pay for her education.

Musazai, who needs further surgery on her toes, says she is determined to keep going. As soon as she is able to walk, she said, she plans to seek a master's degree in law or human rights.