Shops in flood-hit Rautahat back in business 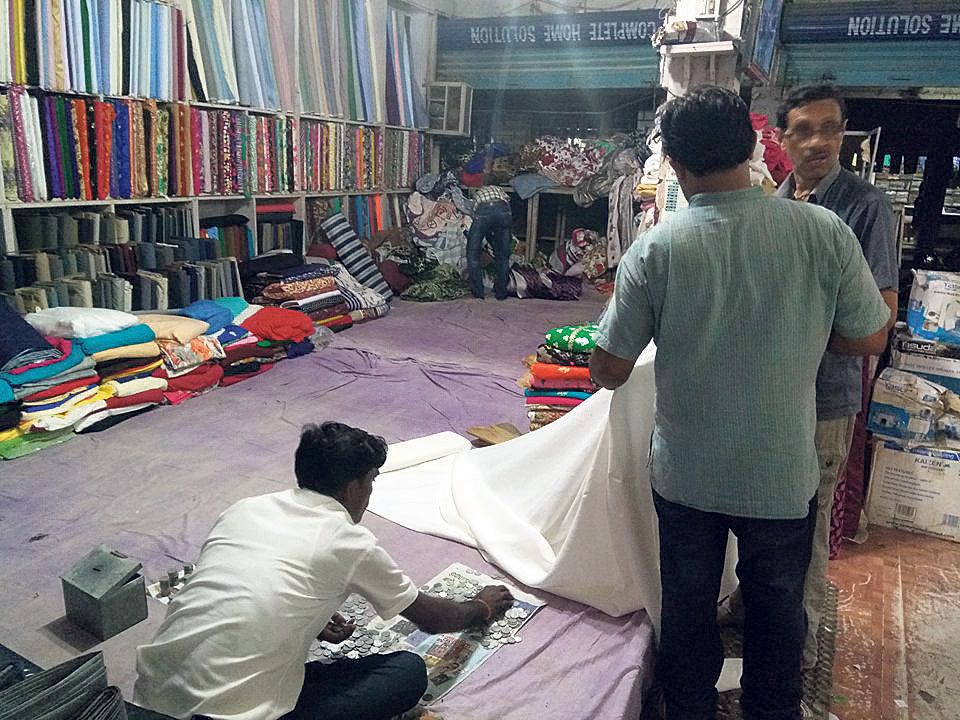 RAUTAHAT, August 27: Trade and business activities in Rautahat district, which were severely hit by the devastating floods, are coming back to normalcy gradually.

The floods, a fortnight ago, had inundated most of the shops and go-downs in district headquarters Gaur. But shops have opened and vehicular traffic resumed after flood waters subsided.
Ranjit Sah, a shop owner in Gaur, said that people have started coming to the market after many days. Though footfall of consumers is low, customers are coming back to the market which is positive, he added.

As many people were displaced due to floods, trading activities had come to a grinding halt for about a week. Traders and businessmen started preparation to reopen their shops only after the water level subsided.

“The floods damaged our shops, inflicting huge loss on us. But it is always better to make efforts to resume business than stay grief-stricken,” Budhan Mahato, another shop owner, told Republica.
Stating that trading and business activities in Gaur as well as other parts of the district was coming to normalcy, Pandit Jayswal, treasurer of Rautahat Chamber of Commerce and Industry (RCCI), said that things turning better for good. “Traders and industrialists are now back in business. The flood is estimated to have inflicted loss of Rs 5 billion on industries and businesses. Despite this, businessmen and industrialists are doing their best to resume trading and manufacturing activities,” he added.

The floods had damaged most of the market areas in central and southern part of the district.
Dharmanath Prasad Jaiswal, central member of RCCI said: “Traders have taken a sigh of relief as people have started coming to the market. It shows that people are getting back to normal life
Floods triggered by incessant fain about two weeks ago inundated most of the districts in eastern Tarai, including Rautahat.

Though traders faced huge loss due to floods, they have chosen to resume businesses instead of waiting for the government to compensate for their loss.

BAGLUNG, April 5: A property worth Rs 10 million was gutted in the blaze that broke out on Tuesday night... Read More...