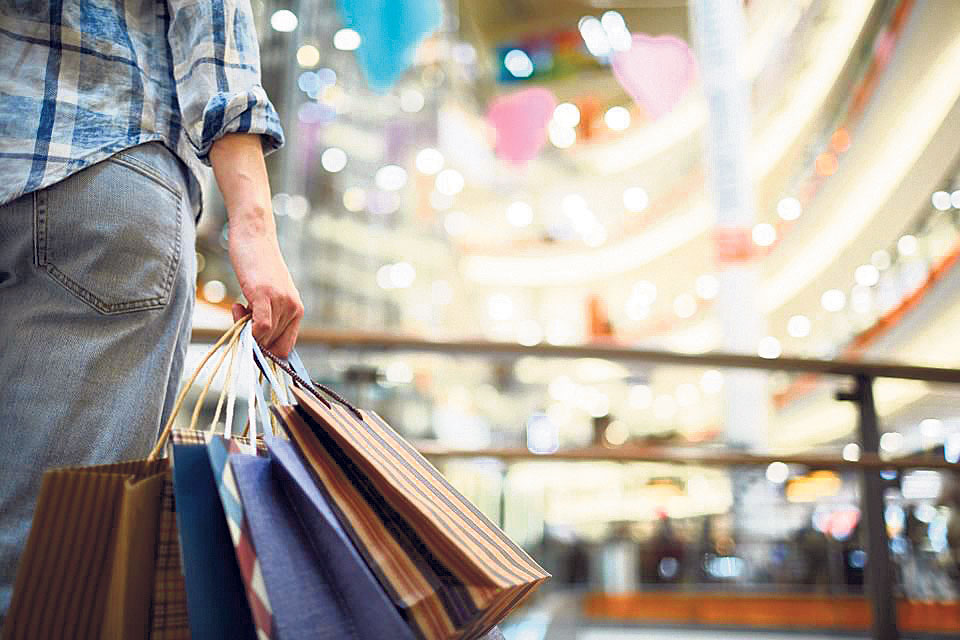 On my first visit to an American grocery store, I was shell-shocked when I did not see any counters aimed at preventing the shoppers’ direct access to the items

Shopping is a complicated matter. I did not realize it until I came to America.  On my first visit to an American grocery store, I was shell shocked when I did not see any counters (as is case with Nepal’s most stores) aimed at preventing the shoppers’ direct access to the items. The shoppers could be seen all around the store like the bulls that had just broken free from their leashes. They were holding the items close to their eyes and reading something carefully.

So I thought those customers were quite studious as I remembered somebody saying that even a matchbox contains considerable knowledge. I discovered later that they were reading the labels and expiry dates, which looked kind of strange practice to me as I thought no food expired until it smelt bad before coming to the States. Therefore, I needed to unlearn everything about shopping in Nepal and start anew here.

Contrast in America
Gradually I found out American grocery business to be highly gentrified. The rich pay ten dollars for a bunch of asparagus spears at Whole Foods Market stores although it is available for less than three dollars at Walmart stores. Well, American rich are the stupidest and the most extravagant people on earth, I thought, before grasping the distinction between organic and hybrid produces.

In the meantime, I was proud to have grown up eating organic fruits and green vegetables that grew by the dung heap in the village. We were much better off in the village than I had thought earlier. Not any longer. It took me a 24-hour jet flight to the other side of the world to realize how healthy I ate when I was amazed to see the Avro airplanes flying over our village en route to Pokhara.

Walking barefoot to the school, eavesdropping to the songs being played in the neighbor’s house on radio Nepal, celebrating the purchase of a parker pen and filling it with blue ink, returning home with the head covered in red vermillion and a couple of notebooks as rewards on the day of annual school results in the remote village of western Nepal were far more remarkable experiences than donning Nike shoes, driving a sedan and watching presidential impeachment brawl live on televisions in the States.

I have never expected life to be a straight line. But triple migration is a phenomenon that occurs in the life of a limited few.  I joined a campus in the plains after passing SLC and got lost for the first time. I loved the vast eternity of the blue horizons but utterly missed the green hills of the village that not only inspired me but also frequently reminded me of my limits. Then I moved to the melting pot of Kathmandu and got lost again. My heart invariably contracted every time the bus I was travelling in started winding down toward the city from the hillocks of Nagdhunga.

I got lost third time when I landed at the airport in Philadelphia, popularly called ‘The City of Brotherly Love’, in Pennsylvania. I looked outside the airport and saw it was a bright sunny day. And I stood firm in a strong conviction that the land of opportunity was beckoning me with its arms open to embrace me in spite of my gray hair, receding hairline and, of course, the baggage of Nepali attitude, which often wrongly presumes works to be superior and inferior.

Then began my acquaintance with the liberal market economy where customers are king. And yes, the expression ‘window shopping’ is meaningless in America as people can touch and test the items before buying them. The soft-spoken, affable and cheerful store managers, associates, and cashiers always welcome customers with smiles.

One leaves the stores loaded with tons of pleasant experiences largely due to the service with a smile principle practiced in the stores. American capitalism underscores smiles to be a prerequisite to a successful business. Therefore, shopping in the heart of capitalism (America) is an immersive experience fraught with risks of overspending unless one can stick to basic requirements and masters the art of staying on budget.

Capitalism aside, smile makes the world a better place. Small acts of cheerfulness, kindness and compassion can breach any frontiers of sadness through the face, which is a ‘complex palette of emotions’.  An unconditional smile spreads contagious happiness and lights up moods. Understandably, American capitalism is a pressure, they say, that can either burst pipes or create diamonds.

‘A slight turning up of lips and a crinkling of the eyes can signal pleasure, contentment, happiness, or satisfaction…smiling is not a learned action…bright smiles stem from happiness, which trigger the release of endorphins, brightening your day. A smile, directed inward, outward, or at nothing in particular, uplifts the world and is a gift to those who see it’, observes Madison Taylor, in her inspirational book Daily OM.

Donating for a cause
Donating for a noble cause is a tough call at first but becomes instinctual once the pure joy of it is experienced. Slipping a couple hundred rupee notes inside the donation box installed at any briddhashram or the one at Pashupatinath temple can restore precious smiles on the faces of the old, sick, and the discarded senior citizens.

A small briddhashram donation turns a casual pilgrimage to Pashupatinath into a deeply fulfilling and spiritually rewarding experience. Similarly, a small donation to an orphanage can work wonders in restoring confidence in many children’s lives.

All corporate donations are far inferior forms of giving as they  seek to advertize commercial  goods, services, and products in the name of corporate responsibility, which is an euphemism for pay-for-promotion coined by moneyed class of capitalism, in which individuals get overwhelmed and subjugated by concerns for possession until they  get fed up with its trappings. And a few of them with golden hearts start sharing their fortunes with the underprivileged and deprived ones  opening  their hearts  and unfastening  the strings of their purses.

We can witness how soothing sprinkles of kindness and generosity ooze out of the raging fire of capitalism in America and elsewhere. People spontaneously and politely ask for permission to pay for the purchase of some seemingly financially distressed and less fortunate shoppers in the checkout lines at the grocery stores. Small yet powerful sparks of kindness and compassion keep flying around and hold the goodness of human spirit aloft.

There are organizations and individuals around cities and countries that regularly feed the poor, less fortunate and homeless. There are people whose heart goes out during the winter snowstorms as it is impossible for the birds to find any insects in the thick snow. They install and regularly replenish the birdfeeders at their homes to feed the birds.

Recently, CNN television uploaded a video clip on its US edition website in which an Amazon delivery driver comes across a notice on the porch of a house in Delaware that reads: ‘UPS, USPS, AMAZON, FEDEX. Please take some goodies to enjoy on your route. Thank you for making holiday shopping easy’. Alongside the notice are water bottles, soft drinks and snack pouches. He collects a water bottle, some snack pouches and merrily dances back to his delivery truck.

The act of small thoughtfulness has gone viral with more than fifteen million views on Facebook and counting at the time of writing this piece.

Patience and kindness
Patience breeds kindness or vice versa and multiplies gratitude and happiness. Drivers still put their foot on the brake of their car to allow the drivers waiting patiently on the side streets to enter the main streets during slow city traffic hours. Their considerate act is definitely acknowledged with a raised hand by the grateful drivers. People still act spontaneously to do such right things despite an established traffic rule that gives right of way to the drivers already on the main street.

How people behave behind the wheels is very important. What brand or make of car one drives is a matter of least significance to fellow drivers on the road. But how a driver drives is of utmost importance to all of them since they are required to adjust their speed and make the right lane decisions accordingly. Hence, almost all good drivers do a double take on the rough drivers on the roads and highways.

People do a double take for two obvious reasons. First, they do so to express their approval and acknowledgement of the inspiring acts and behavior of people. Second, they do so to disprove of undesirable acts and to express their dismay and bewilderment. The rule of the road applies to any sphere of social life. It is either the very good or the worst characters that attract the most public scrutiny, media attention and coverage. Notoriety travels in a supersonic speed and spreads like wildfire but popularity travels at a snail’s pace.

Shopping is an integral part of our life and shopping during Dashain provides great pleasure and excitement. Dashain shopping also... Read More...

Throngs of customers at Gorkha Bazaar

GORKHA, Sept 27: Gorkha Bazaar is abuzz since Sunday with the arrival of people from Kathmandu to celebrate Dashian. The district... Read More...