Shock of the epidemic is temporary 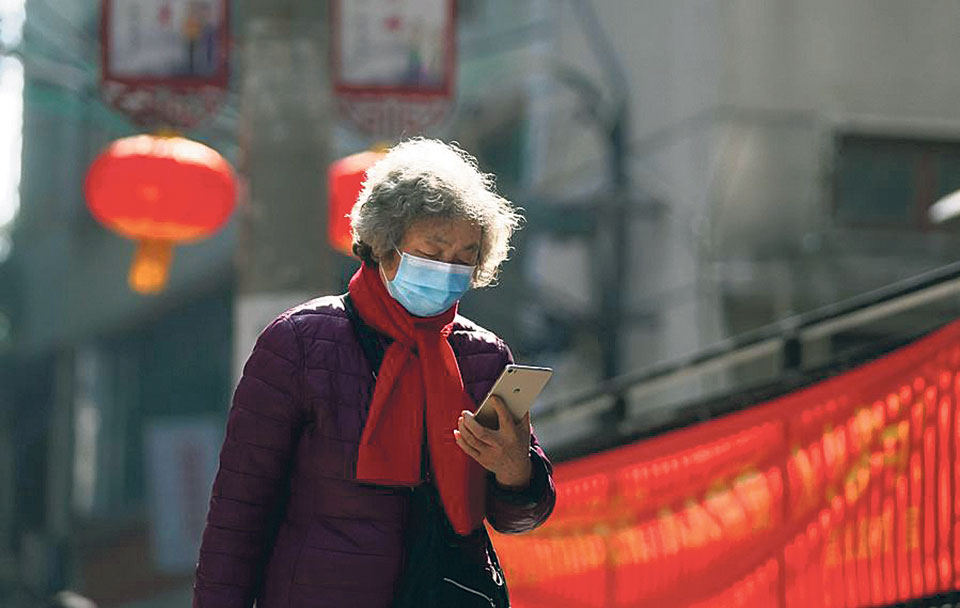 The author is Chinese ambassador to Nepal
news@myrepublica.com

The pace of China-Nepal friendly cooperation will not be delayed by the epidemic.  The experience of jointly fighting the epidemic will further consolidate our friendship

Since the outbreak of the new coronavirus pneumonia, acting with a high sense of responsibility to the health of the Chinese people and the people around the world, the Chinese government has taken the most comprehensive and rigorous control measures, including extending the Spring Festival holidays, postponing the re-opening time of companies, cancelling the international group tours, implementing traffic control, encouraging people to refrain from going out and gathering together.

Those prevention and control measures are now yielding positive changes.  There is a worry that those quarantine measures will have repercussions on consumption and some forces even take this opportunity to smear and bad-mouth the prospect of China’s economy.  It is true that the prevention and control measures will inevitably have severe impacts on those industries, and bring certain negative influences on the short-term economy of China.  That’s the great sacrifice that China has made for the regional and global public health.

Sustaining economy
However, while it is the top priority of the Chinese government to contain the epidemic, development of the economy is of equal significance for us.  Tight prevention and control measures are the important foundation for steady development of the economy, abundant economic basis of China is the vital guarantee for winning the fight against the epidemic.  At present, the resumption of production in all over China except for Hubei province is underway.  According to the statistics of the National Development and Reform Commission, about 94.6 percent of the country’s major grain production and processing firms have resumed production.   In response to the temporary shock of the epidemic, the Chinese central government has taken a series of specific fiscal and financial policies to support the relevant industries, especially the small and medium-sized enterprises (SMEs) and private companies.  The People’s Bank of China has intensified counter-cyclical adjustment, injected a total of 1.7 trillion yuan of liquidity to the market through open market operations, and set up a special loan that has provided relending funds of 300 billion yuan, which will implement preferential interest rates to the SMEs and private enterprises to reduce their financial costs and economic burden.

Many local governments and relevant institutions have also introduced polices to cut taxes and rents to help the SMEs and private enterprises overcome the difficulties.  After experiencing a short-term fluctuation, the stock and exchange rate markets have returned to normal, which fully demonstrated investors’ confidence in the Chinese government’s ability to control the epidemic and China’s future economic growth.

China’s economy has strong resilience and great potential.  The foundation for its long-term and high-quality growth could not be weakened by the outbreak of this epidemic.  It’s worthy to note that the demand constrained by this epidemic will not  disappear but just be postponed.  In retrospect, the economic growth in the second quarter of 2003 was affected by SARS, but it rebounded in the third quarter as soon as the pandemic disappeared, and the annual economic development targets were well achieved.

Now, the foundations of the Chinese economy are more solid than in 2003, with its GDP totaled more than 14 trillion USD and GDP per capita more than 10,000 USD.  China has a domestic market composed of 1.4 billion people, a labor force with more than 900 million people, a middle income group with over 400 million people, and a well-educated and skilled talent team with more than 170 million people.  China is the only one country in the world to host all industrial categories of the United Nations industry classification system.  These factors that support China’s economic growth will by no means be knocked down by an epidemic.  What is more, although the epidemic has caused certain temporary impacts on some traditional industrial sectors, it also further stimulates the development of emerging industries such as online working, distance learning, online entertainment etc, which will produce new growth points for the high-quality development of the Chinese economy.  We fully believe that China’s economy will get back to the track of steady development soon and even have a compensatory rebound after the epidemic.  China’s role as the leading engine of the global economic growth and its important position in the world economy will not be fundamentally affected.

World with China
In the era of economic globalization, all countries have a shared future.  China is the second largest economy in the world and an indispensable link in the global industrial chain.  If the Chinese economy is severely damaged, there will inevitably be spillover effects on other countries.  Politicizing the epidemic and bad-mouthing China’s economy will only exacerbate unnecessary disturbances and negative impacts on the world economy and hurt oneself as well as others.  All measures taken by the Chinese government to fight against the epidemic and boost the economy is not just for itself, but for the interests of the whole world.  This fully demonstrates China’s leading role as a major country in shouldering responsibility, contrasted sharply with some self-serving countries, which has been highly appreciated by the international community.  International Monetary Fund Managing Director Kristalina Georgieva expressed her support to China’s recent fiscal, monetary, and financial actions and her confidence in the resilience of China’s economy.   The World Bank noted that China’s efforts have effectively reduced the risks the world economy may be exposed to.  Economist from many countries also agreed that China’s economy will maintain strong endogenous growth momentum, the basic trend of its long-term steady and sound growth will not be changed.

International financial institutions gave their votes of confidence for China’s economy by including Chinese A-shares to FTSE Global Equity Index Series on time and increasing buying in China’s capital market.

Friend in need
A friend in need is a friend indeed.  Since the outbreak of the epidemic, the Nepali government and friendly people from all walks of life have expressed support for China’s efforts to fight against epidemic by sending letters of sympathy, donating materials and etc.  These actions have won a warm response from China, and more Chinese people feel moved by the love across the Himalayas.  Relevant departments of the two countries have maintained close communication and cooperation, strengthened joint prevention and control, and taken practical measures to protect the health of citizens of the two countries. All these fully reflect the multiple dimensions of China-Nepal Strategic Partnership of Cooperation Featuring Ever-lasting Friendship for Development and Prosperity and the profound friendship between the two peoples.

Due to actions to fight against the epidemic, people’s exchanges between China and Nepal have been inevitably affected.  Many people who returned to China to celebrate the Spring Festival found difficulty in coming back to Nepal on time, which has led to the suspension of some cooperation projects between the two countries.  The reduction of Chinese outbound travel tour may also make it more difficult for Nepal to meet its target of receiving Chinese tourists in the Visit Nepal 2020.  But these temporary measures also help protect Nepal from the spread of novel coronavirus pneumonia and create a safe environment for more tourists from other countries to visit Nepal.  We believe that when the fight against epidemics is arriving at the positive turning point and the ultimate victory will be achieved, these projects will gradually resume work and production in an orderly manner, and the number of tourists coming to Nepal will steadily recover and grow.  The pace of China-Nepal friendly cooperation will not be delayed by the epidemic.  The experience of jointly fighting the epidemic will further consolidate our friendship and inject new impetus to China-Nepal relation.

The author is Ambassador of China to Nepal

Dozens take ill with epidemic of diarrhoea in Sakarpura

RAJBIRAJ, Oct 6: An epidemic of diarrhoea and vomiting has spread in Tiladhi Koiladi rural municipality, that was recently affected... Read More...

Watch US presidential debate
13 hours ago