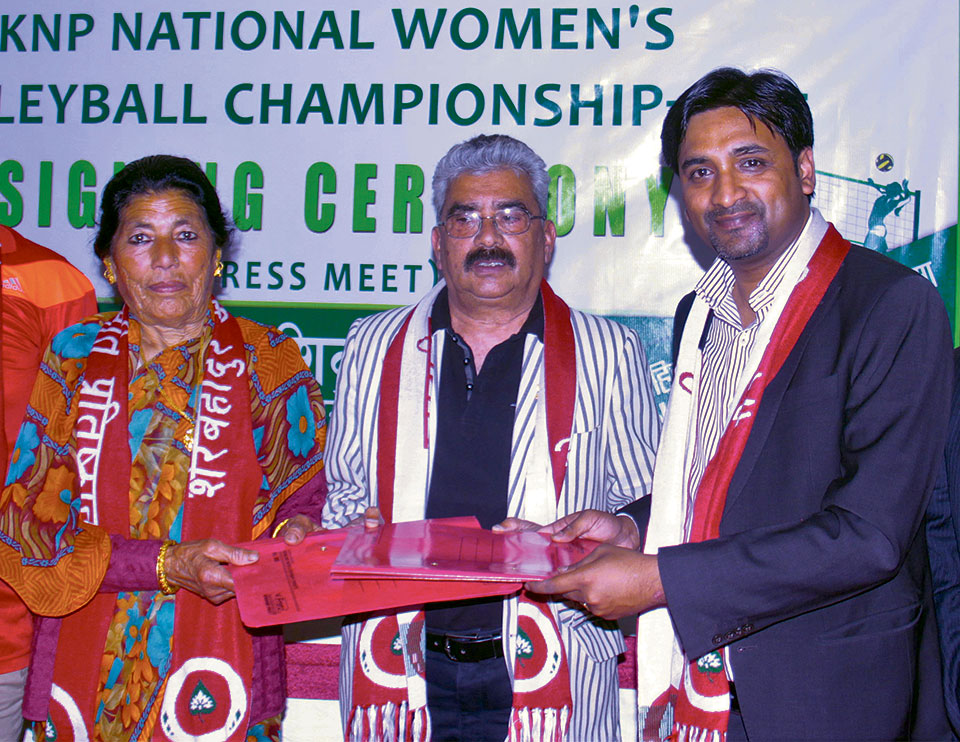 KATHMANDU, April 18: Shivam Cement Limited has decided to co-sponsor the fourth KNP National Women’s Volleyball Championship, which will be organized by the Sher Bahadur Memorial Foundation.

“We have a policy of fully supporting any effort to empower women. And we were very happy to help the foundation in organizing the tournament that helps in women empowerment. Such effort also helps the sports industry of the country,’’ Agrawal said. Likewise, the foundation’s president Ranjan Agrawal expressed his gratitude toward the company stating that help from the private sector was necessary to promote sports.

The tournament, which is set to be organized with the main sponsorship of KNP Japan, will commence from May 4 and concludes on May 8, will be played at the National Sports Council (NSC)’s Covered Hall.

KATHMANDU, May 11: A five-day event is set to mark the biggest cash prize volleyball competition in Nepal, kicking off... Read More...