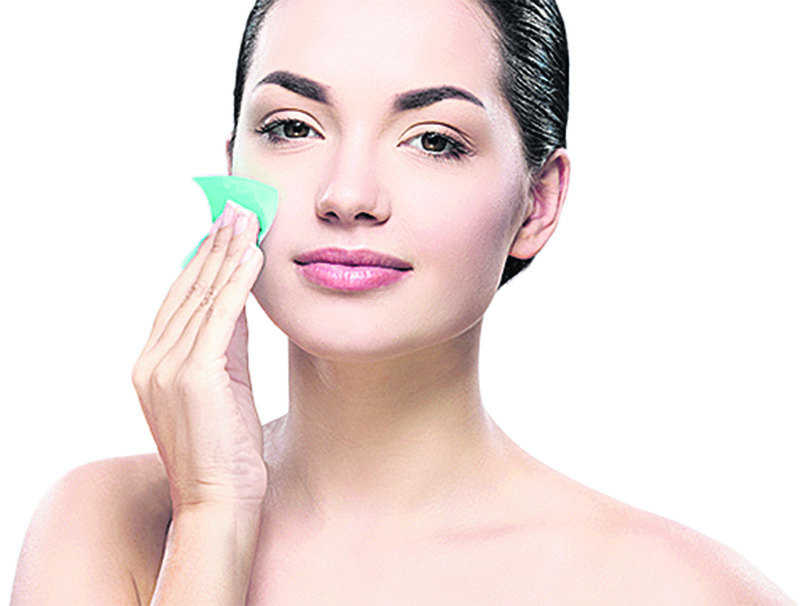 For those with oily skin, the summer months can be the stuff of nightmares. It’s when your face will shine, not in a good way, and look sticky and hence dirty. You take 20 minutes to do your makeup, only to have it ruined in less than half that time the minute you step out in the scorching heat. While oily skin is said to age slower than normal skin types, and you are grateful for that, during the summer months, you often find yourself wondering if the constant stickiness is worth the youthful look in the long run.  There perhaps isn’t anything you have not tried to get rid of the oil or at least control it but nothing seems to be working.

There’s some good news and some bad news for you. The bad news is that unless you are able to change your DNA, oily skin will always be a problem you have to deal with. However, the good news is that there are ways you can manage the oiliness of your skin and keep it at a reasonable level. Here, some women with oily skin share tips that worked to control their problem.

Rub lemon all over your face every morning
27-year-old Priyanka Adhikari swears by this tip. Having inherited oily skin from her mother, she has always battled problems that come along with a shiny, sweaty face. From pimples to dirt buildup, she’s had them all till recently she finally decided to listen to her grandmother and rub some salt and lemon juice on her face every morning. “You can’t expect to see dazzling results in just a day or two or even a week but over the course of a few weeks, you will definitely see the outcome,” says Adhikari. All you have to do is squeeze the juice of a lemon in a bowl, add a pinch of salt and a tablespoon of water to it and then dab the mixture over your face with the help of a cotton ball. “Too much lemon juice can lead to hyperpigmentation so don’t overdo it and stick to just once a day,” she adds.

Find a great cleanser.
“The problem is we have our cleansing routine all wrong,” says 33-year-old Swati KC who claims to have recently found out that her excessive face washing regime, be it with just water or face wash, was actually exacerbating her oil problem. When it comes to oily skin, think of cleaning an iron skillet: You clean oil with oil. With that sentiment in mind, KC strongly supports oil-based cleansers. “Steer clear of anything with alcohol and going for as gentle of a formula as your skin will take, since harsh formulas may remove more oil than you need making it even more oily,” she says. “You don’t want excess oil on your skin because that can feed bacteria, but you also don’t want to strip your skin of all its fatty acids,” she adds. Don’t wash your face more than twice a day and don’t scrub it hard with a towel afterwards. This will just worsen the problem. Just gently pat dry.

Use a toner. Don’t skip
this step
When you have oily skin, it’s very important not to miss this step in your cleansing process. Because you likely have larger pores and subsequently larger sebaceous glands that cause all that excess oil, once you have cleansed your face, it’s essential to use a toner that works to close up your pores to prevent any further grease build up. Toner is really that missing piece in your skin care puzzle. “Many people with oily skin told me that toning improves the blood circulation to the surface of the skin. It closes the pores, refreshes the skin, and adds a glow to it. And it all turned out to be true,” says Sikha Basnet, 22. She, however, recommends a home preparation compared to store bought toners. “Mix equal parts of apple cider vinegar with water in a small spray bottle and use it as a toner. Spray the mixture directly on your face. It is an effective remedy for oily skin,” she says. You can also brew a cup of strong green tea, let it cool down, and use this on your face as a natural toner twice a day.

Use a mattifying primer before applying makeup
“Use a matte face primer before applying foundation (or on its own to keep shine at bay). This will result in much less shine throughout the day,” says Rakshya Tandukar, 29. Tandukar had always had oily skin and, during her wedding, it was her biggest worry since she was getting married in July. However, her makeup artist swore her makeup would not only last but look flawless throughout the entire wedding day too and it did. “Turns out primer instantly absorb excess oil and give your skin a smooth, velvety finish. I found out firsthand and have been using one to tackle oily skin ever since and it’s worked wonders for me” she says. Since oily skin can often have an effect on how long our makeup lasts, using a primer helps ensure that your foundation stays in place all day without need for re-application.

Cut down on cola and
junk food
Tina KC confesses that her face isn’t half as oily as it used to be now that she has stopped drinking aerated beverages and cut down on junk food as well. She claims to feel the difference in her skin from the inside. “I used to actually feel my pores getting heavier as the oil buildup increased but now my skin feels light and airy. Yes, it’s oily but it’s not sticky oily,” says KC adding that she doesn’t feel the need to use blotting tissues on an hourly basis like she did before she made the dietary modifications. Apart from genetics and environmental factors, oil production is also triggered internally by hormonal reactions that are influenced by your diet and lifestyle. “Other lifestyle factors to tackle oily skin include getting more exercise, lowering your stress levels, and sleeping better,” says KC explaining that her dermatologist is the one who recommended those and she has already started on it.

‘The Mandalorian’ gives female directors a chance to shine

“Star Wars” has faced criticism for having a lack of female directors, but the popular franchise is making an effort... Read More...

Customs officials can use the fund to purchase ‘doubtful’ goods from importers ... Read More...

The problem is that there are still many Nepali women who continue to waltz into pharmacies and blindly opt for... Read More...