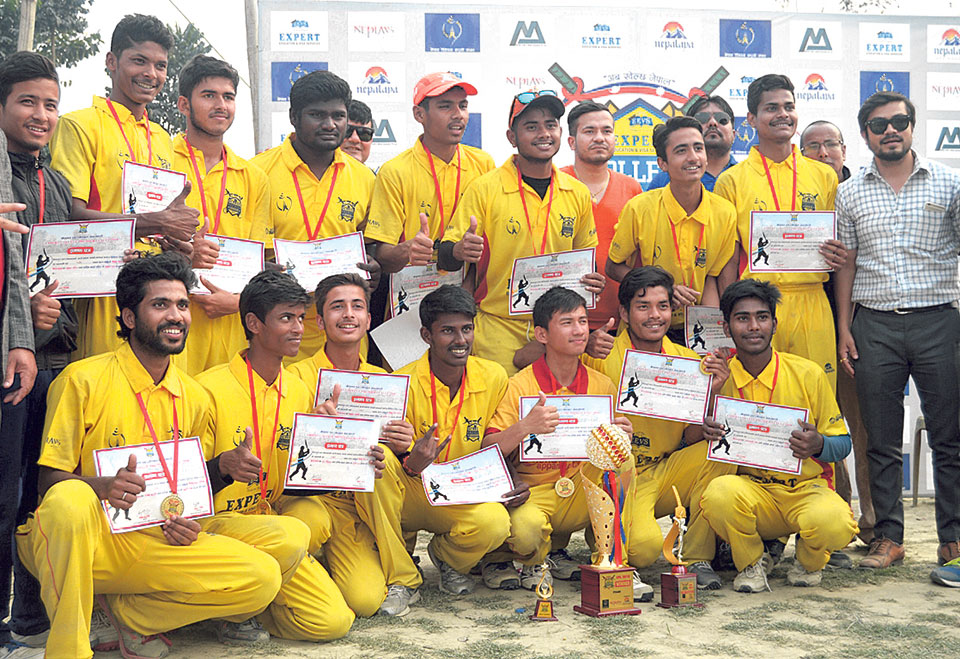 Players and members of Shikshadeep Higher Secondary School pose with the trophy after winning the Provincial Expert Inter-College Cricket Tournament in Itahari on Thursday.

In reply, Shikshadeep chased the target in 19 overs at the loss of five wickets. Rajan Magar scored the highest 28 runs for the winning team, while Rewati Yadav contributed 20 runs. Anoj Yadav, who was named the man-of-the-match, added 15 and Aman Ali made 11 runs. For Vishwa Adarsha, Nishan Mahat grabbed two wickets, while Bhupal Luitel claimed a wicket.

The winner took home Rs 20,000, while the runner-up was rewarded with Rs 10,000.  The organizers informed that the winning teams of each province will be included in the national tournament in Kathmandu and the team who will play brilliantly in Kathmandu will have an opportunity to play in Bangladesh and Pakistan.