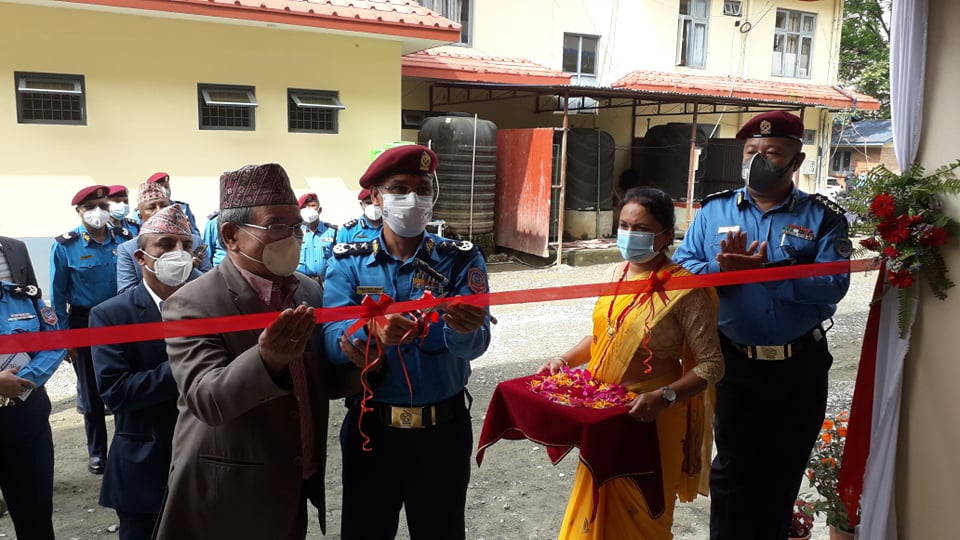 LALITPUR, July 1: Inspector General of Police (IGP) Thakur Gyawali said that the country had witnessed a sharp decline in the criminal activities as a result of high surveillance of police.

Inaugurating the newly-constructed barrack building of the Metropolitan Police Range, Jawalakhel on Wednesday morning, IGP Gyawali claimed that police had busted all the criminal gangs and effectively contained their activities. He also said that police were able to seize a large amount of explosives during his short term as police chief.

Also speaking on the occasion, Chief of Metropolitan Police Range Office, Lalitpur, Senior Superintendent of Police Tek Prasad Rai said the task of maintaining law and order has become quite easy after the completion of the construction of the new building.

Police personnel had been staying in the makeshift tents after the existing building was destroyed by the 2015 earthquake. The building was constructed at the cost of Rs 83.1 million and design assistance of the National Reconstruction Authority.

Mayor of Lalitpur Metropolitan City Chiribabu Maharjan stressed on the need to ensure physical security of police personnel who are deployed to maintain peace and order in the society.

Those found committing mistakes during probe will be penalized: IGP Khanal

KATHMANDU, Dec 24: Inspector General of the Nepal Police Sarbendra Khanal asserted that he would leave no stone unturned to... Read More...

KATHMANDU, Oct 7: Even as financial and cyber crime rates have been rapidly increasing in the recent years, the number of... Read More...