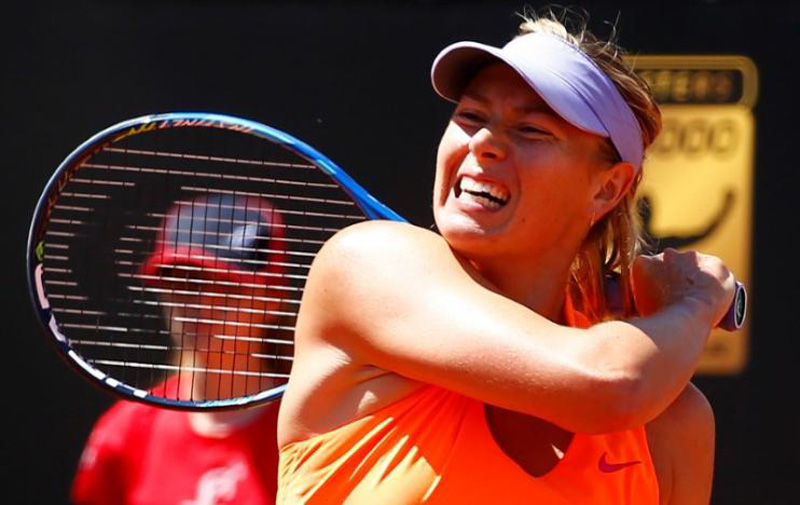 SHENZHEN, China, Jan 4: Maria Sharapova continued her preparations for an Australian Open return by reaching the Shenzhen Open semifinals with a 6-3, 6-3 win over Zarina Diyas.

The five-time major winner dictated play against Diyas, hitting 24 winners and five aces to clinch victory in just under 90 minutes on Thursday.

"I didn't play my best tennis, and there's certainly a lot of things to improve on," Sharapova said. "The great thing is that I'm through and have another chance to play tomorrow."

She will play either defending champion and No.6-seeded Katerina Siniakova or Kristyna Pliskova for a place in the final.

Sharapova missed the last Australian Open during a doping ban that dated back to a failed test for Meldonium at Melbourne Park in 2016, and is keen to make a return to the season's opening major which starts Jan. 15.

Irina Camelia Begu advanced to the Shenzhen semis earlier Thursday with a 7-5, 7-5 win over Timea Babos.

Halep's 3-6, 6-1, 6-2 win over local favorite Duan Yingying on Wednesday ensured she will retain the No. 1 ranking for the Australian Open.

KAZAN, July 7: Belgium struck early and held off a late Brazil fightback to send the five-times champions tumbling out of... Read More...