Ittefaq has received an endorsement of the most superstar kind. Shah Rukh Khan was spotted at a promotional event of the movie this past week and joining him on stage were the film's cast – Sonakshi Sinha, Sidharth Malhotra and Akshaye Khanna, along with first-time director Abhay Chopra.

Karan Johar was also there hosting the event – he actually co-produces the movie with SRK's Red Chillies Entertainment and B.R. Studios. Shah Rukh, who was being his usual witty self, spoke about his first meeting with the show host and his equation with Akshaye Khanna among other things. But what particularly caught our attention is what he had to say about the 42-year-old actor.

"He's extremely reticent and quiet and that's why he comes across as strange," is how Shah Rukh responded to Karan's statement that he finds Akshaye somewhat "scary". "You have a really scary tone Akshay – you don't have a tone at all," is what Karan added while mentioning Akshaye avoided being part of Ittefaq promotions in order to maintain his sleeping pattern. "Why are you like this?" asked Karan.

"He's always a little off beat. He's got a different beat that he dances to and I find that interesting. He comes once in a while and creates something unfathomable. I really, really appreciate you as an actor. Having said that, I can also ask you 'Why the hell are you like this?'" Shah Rukh said addressing Akshaye, whose reaction was a bout of laughter.

Talking about the upcoming movie, Shah Rukh referred to the 1969 Ittefaq – not to draw similarities but only to highlight that the new one should not be considered as a remake. "What's wrongly essayed is that it's not a remake – the premise might be similar to the 1969 Ittefaq but the movie has taken a flight of its own," said Shah Rukh, adding that the characters played by Sonakshi Sinha and Sidharth Malhotra have added their own charm to it.

Shah Rukh also spoke about his chance encounter (first ever) with Karan Johar on the sets of 1995 movie Karan Arjun. Till then, Karan had no intentions of joining Bollywood but SRK says it was a matter of ittefaq: "Being in touch with me convinced him that 'let's make movies' because my dad is a filmmaker." 1998's Kuch Kuch Hota Hai was Karan Johar's debut movie as a director, starring Shah Rukh in the lead role.
Ittefaq, a murder mystery, has Sidharth and Sonakshi as two key suspects while Akshaye Khanna plays the investigating officer. Ittefaq releases on November 3 (today). 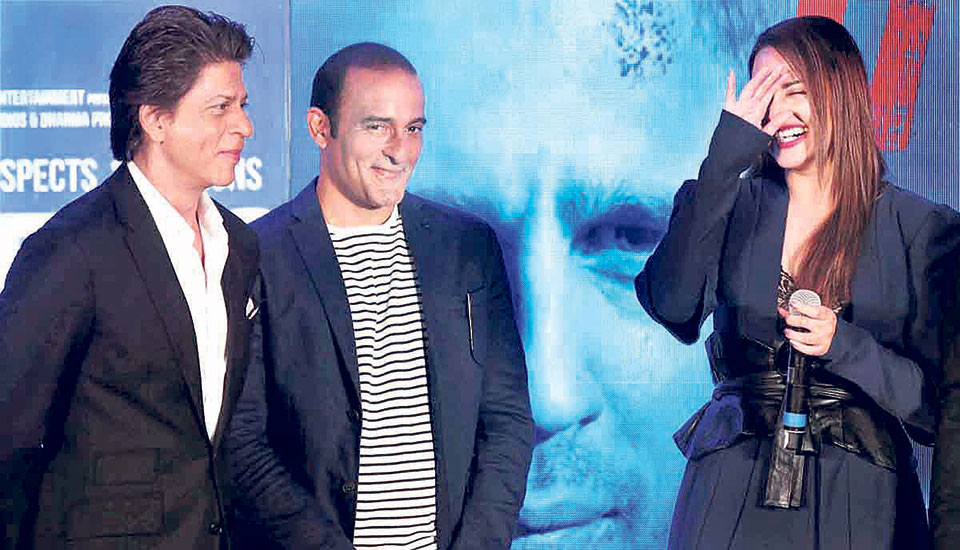 Indian screen icon Shah Rukh Khan has starred in dozens of Bollywood blockbusters and is adored by millions, but there’s... Read More...