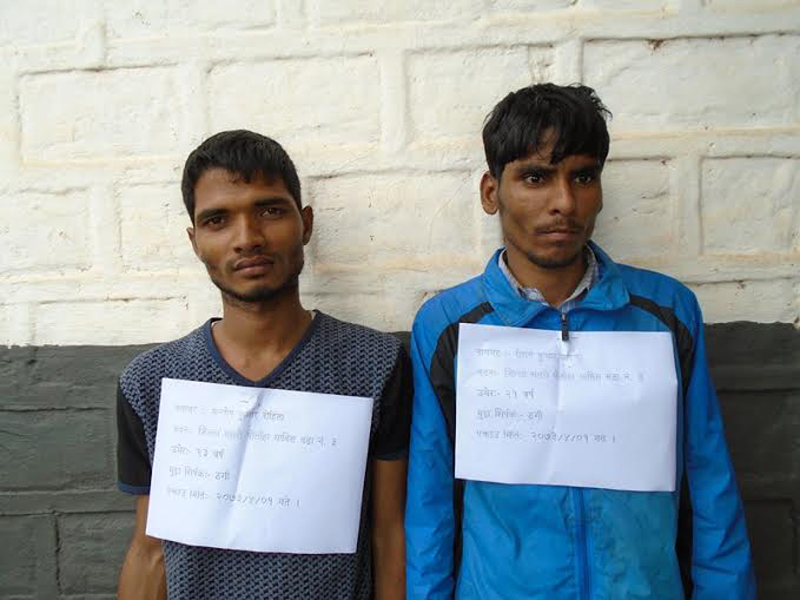 Rohita had got bail after being arrested in past on the charge of running an illegal dental clinic. They have been accused of operating ‘Siddhi Binayak Dental’ illegally at Raanibash -8 Ghodetaar of the district. According to police, an investigation on both has started arresting them on July Saturday.

Likewise, Harkapal Biswokarma, a resident of Bhojpur Municipality-1 was arrested on the charge of a rape. Biswokarma had allegedly raped a woman on Thursday at his home. According to District Police Office, Bhojpur’s DSP Rajkumar Lamsal, Biswokarma has been kept under custody for necessary investigation.

The District Court has also sent Roshan Bhandari, a resident of Amtek-8 to a judicial custody on the charge of raping a 10-year-old girl.

KATHMANDU, July 25: Just a few days after a Swiss national was arrested for sexual abuse of a minor, police have... Read More...

DOLAKHA, July 17: Police have arrested an elderly man on charges of raping a six-year-old from Bhimeshwor Municipality-7 in the... Read More...