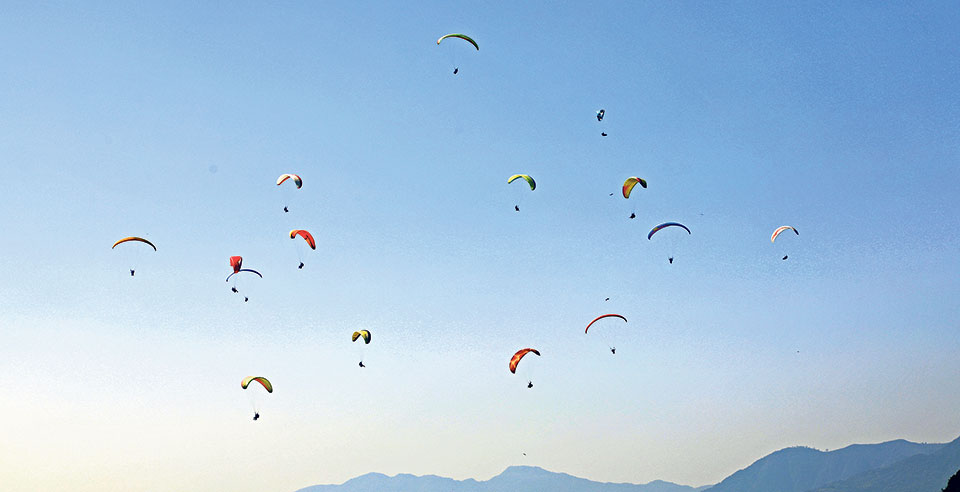 POKHARA, March 6: Paragliding service, which was said to be closed from today, has been resumed after companies, operating paragliding flights in Pokhara, agreed to pay tax to Pokhara metropolitan city.

However, the entrepreneurs have agreed to pay tax after discussion among Pokhara metropolis, Air Sports Organisation, and Nepal Paragliding and Hand-gliding Association on Tuesday evening.

After the agreement, each paragliding company has to pay Rs 83,000 tax within next week, said Chair of Pokhara metropolis-18, Rana Bahadur Thapa.

Some 60 paragliding companies have been operating their service in Pokhara.

POKHARA, March 18: Pokhara Metropolitan City has decided to charge a monthly fine of Rs 5,000 against paragliding companies who... Read More...