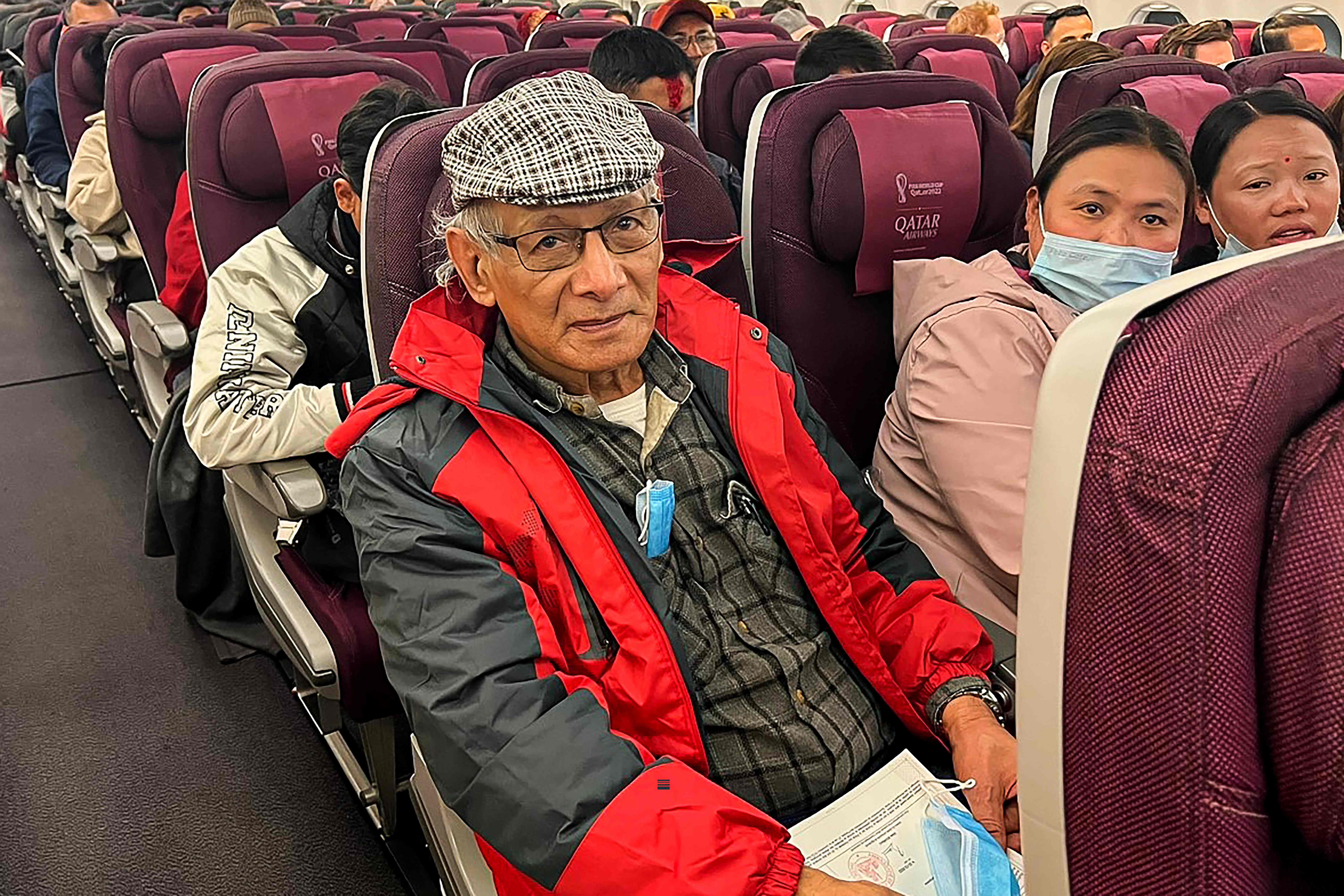 KATHMANDU, Dec 23: French serial killer Charles Sobhraj, responsible for multiple murders in the 1970s across Asia, told AFP he felt "great" after being released from prison in Nepal where he served almost 20 years.

"I feel great... I have a lot to do. I have to sue a lot of people. Including the state of Nepal," Sobhraj told AFP on board a plane for his deportation to France.

Asked if he thought he had been wrongly described as a serial killer, the 78-year-old said: "Yes, yes."

Nepal's top court ruled on Wednesday that he should be freed on health grounds and deported to France within 15 days.

On Friday, he was released and put on a flight at Kathmandu airport to take him via Doha to Paris, where he was due to land early on Saturday.

Sobhraj's life was chronicled in the series "The Serpent" co-produced by Netflix and the BBC.

Born in Saigon to an Indian father and a Vietnamese mother who later married a Frenchman, Sobhraj embarked on an international life of crime and ended up in Thailand in 1975.

Posing as a gem trader, he would befriend his victims, many of them Western backpackers on the 1970s hippie trail, before drugging, robbing and murdering them.

Suave and sophisticated, he was implicated in the murder of a young American woman whose body was found on a beach wearing a bikini in 1975.

Nicknamed the "bikini killer", he was eventually linked to more than 20 murders.

He was arrested in India in 1976 and ultimately spent 21 years in jail there, with a brief break in 1986 when he drugged prison guards and escaped. He was recaptured in the Indian coastal state of Goa.

Released in 1997, Sobhraj lived in Paris, giving paid interviews to journalists, but went back to Nepal in 2003. 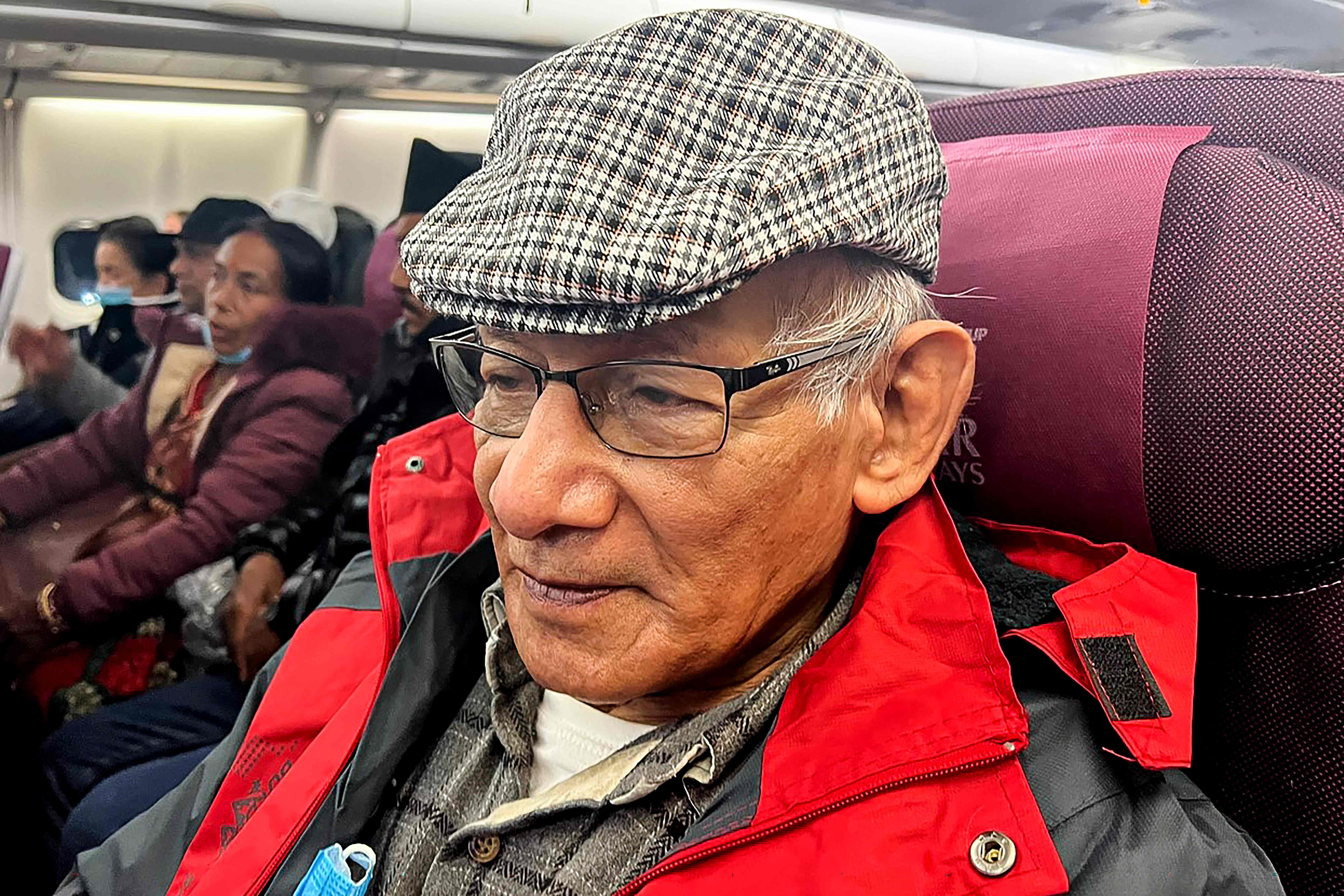 He was spotted in a casino playing baccarat by journalist Joseph Nathan, one of the founders of the Himalayan Times newspaper, and arrested.

"He looked harmless... It was sheer luck that I recognised him," Nathan told AFP on Thursday. "I think it was karma."

A court in Nepal handed Sobhraj a life sentence the following year for killing US tourist Connie Jo Bronzich in 1975. A decade later, he was also found guilty of killing Bronzich's Canadian companion.

Behind bars, Sobhraj maintained he was innocent of both murders and claimed he had never been to Nepal before the trip that resulted in his arrest.

"I really didn't do it, and I think I will be out," he told AFP in 2007 during an interview at Kathmandu's Central Jail.

Thai police officer Sompol Suthimai, whose work with Interpol was instrumental in securing the 1976 arrest, had pushed for him to be extradited to Thailand and tried for murders there.

But on Thursday, he told AFP that he did not object to the release, as both he and the criminal he once pursued were now too old.

"I don't have any feelings towards him now that it's been so long," said Suthimai, 90. "I think he has already paid for his actions."