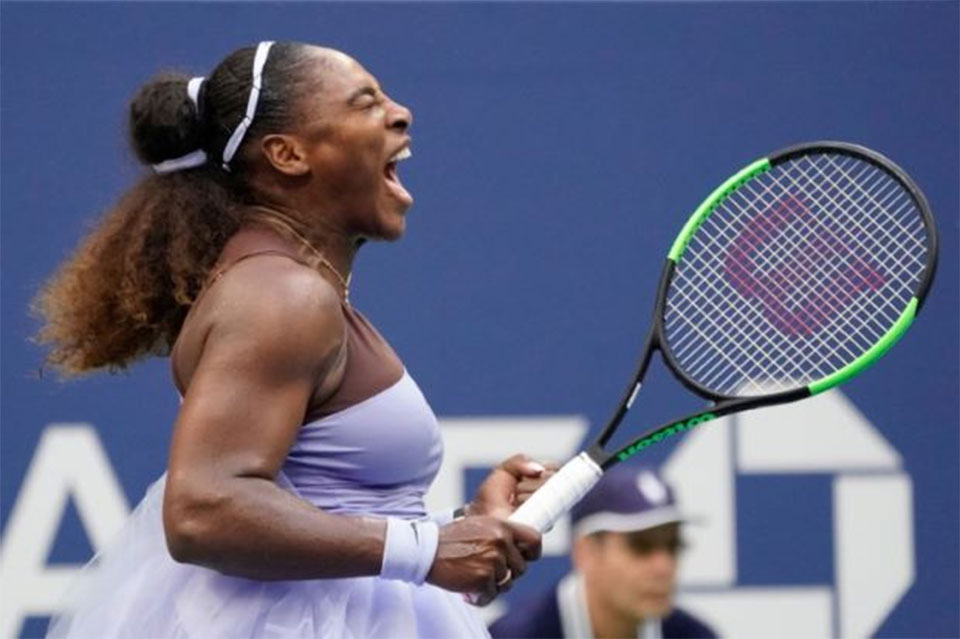 “I feel like just getting through it in general was all I’m looking at now and not looking back and just moving towards the next match,” offered a relieved Williams, safely through to the last eight at Flushing Meadows for a 15th time.

Following a shock upset of world number one Simona Halep in the first round, the 44th-ranked Kanepi had looked a potential trouble spot for the six-times U.S. Open champion.

Any tension inside a packed Arthur Ashe Stadium, however, was quickly eased as a ruthless Williams stormed through the opening set in 18 minutes for the loss of a measly six points.

It was about as perfect a start anyone could have to match Williams, who was guilty of just two unforced errors while firing 14 winners and converting all three break chances.

But in a bizarre momentum shift, fans suddenly found themselves on the edge of their seats as the Estonian opened the second with a break.

The pressure continued to mount as Kanepi, who had not strung together three consecutive tour-level match wins since her quarter-final run at last year’s U.S. Open, broke Williams again to go up 5-2 before holding off a late rally from the 17th seed to level the match.

But having taken her first set against Williams in five career meetings, there would not be a second.

Just as quickly as the momentum swung to Kanepi, it returned to Williams in the third set as the 36-year-old American broke her opponent at the first opportunity and jumped out to a 3-0 lead before cruising to victory.

“It wasn’t easy, obviously, I think one thing she did well was change her strategy and started doing just a completely different game and gave me a different look to her game,” explained Williams, who laid down 18 aces.

“It’s not tough, but I feel like I made one or two crucial errors and that cost me the second set, or at least cost me the first game.

“It wasn’t like my level went down tremendously. It was one or two points that made a huge difference in that second set.”

Next up for Williams is a quarter-final meeting with eighth seeded Czech Karolina Pliskova who advanced with a straight-forward 6-4 6-4 win over 18th seed Ashleigh Barty of Australia.

WASHINGTON, Dec 29: Serena Williams dominated the decade, on the court and in conversation. ... Read More...

Oct 18: The coach whose attempts to guide Serena Williams mid-match during this year’s U.S. Open final led to her... Read More...