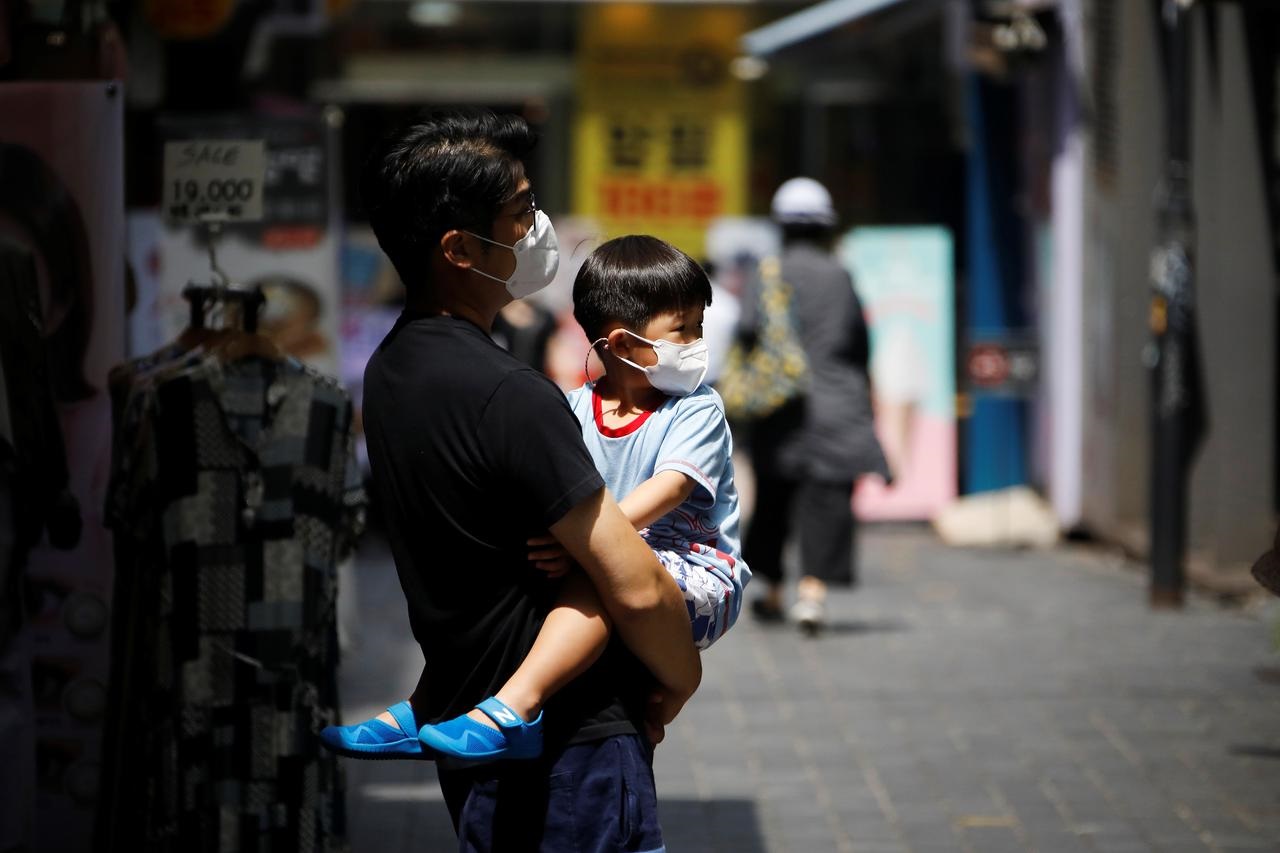 A man holds his son as they shop at Myeongdong shopping district which is nearly empty amid the coronavirus disease (COVID-19) pandemic in Seoul, South Korea, August 24, 2020. REUTERS/Kim Hong-Ji

SEOUL, Aug 24: South Korea’s capital on Monday ordered the wearing of masks in both indoor and outdoor public places for the first time, as it battles a surge in coronavirus cases centred in the densely populated metropolitan area.

In May, the city government ordered that masks be worn on public transport and in taxis, but a recent spike in cases has health officials worried that the country may need to impose its highest level of social distancing.

“If we fail to flatten the curve this week we believe we will be faced with a very important crisis, that the virus will spread to the entire nation,” health ministry official Yoon Tae-ho told a briefing.

The Korea Centres for Disease Control and Prevention (KCDC) reported 266 new cases as of midnight on Sunday, down from 397 a day earlier but another in more than a week of triple-digit daily increases.

South Korea has been widely praised for its success in tackling the virus, with extensive testing and aggressive contact-tracing, but Yoon said health investigators had been unable to determine the transmission routes of about 20% of the recent cases, raising concerns over so-called silent spreaders.

He called on people to avoid leaving home and to cancel any unnecessary trips out.

The government has also extended second-tier social-distancing rules, which had been in place in Seoul, to other areas of the country, banning in-person church meetings and closing nightclubs, buffets and cyber cafes.

Officials fear that South Korea is on the brink of a nationwide pandemic as the number of new cases is increasing in all of its 17 regions.

Health authorities say they are considering imposing the toughest stage 3 social-distancing rules, under which schools and business are urged to close, if the spread of new cases can not be slowed.

BEIJING, China and South Korea on Tuesday reported more cases of a new viral illness that has been concentrated in... Read More...