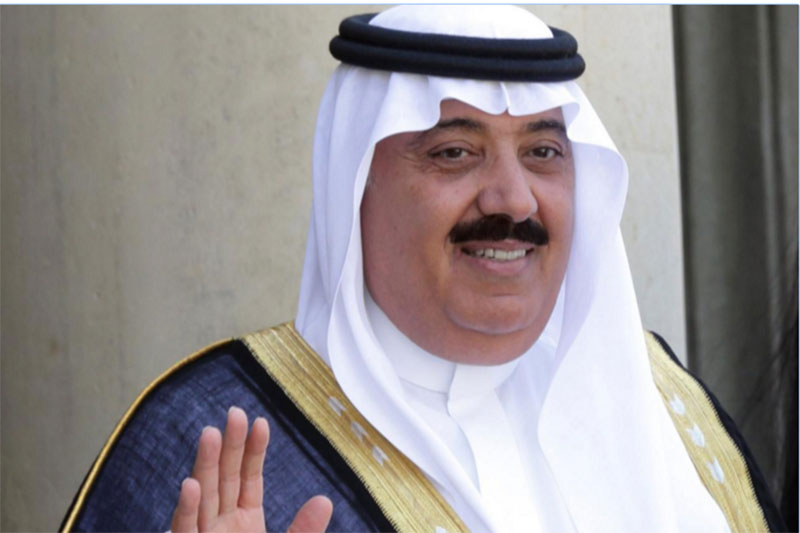 RIYADH, Nov 29:  Senior Saudi Arabian prince Miteb bin Abdullah, once seen as a leading contender to the throne, has been freed after agreeing to pay over $1 billion to settle corruption allegations against him, a Saudi official said on Wednesday.

Miteb, 65, son of the late King Abdullah and former head of the elite National Guard, was among dozens of royal family members, high officials and senior businessmen rounded up this month in a crackdown on graft that has strengthened the power of Crown Prince Mohammed bin Salman.

The official, who is involved in the crackdown and spoke on condition of anonymity, said Miteb was released on Tuesday after reaching “an acceptable settlement agreement”. The official said he believed the agreed sum to be the equivalent of over $1 billion.

“It is understood that the settlement included admitting corruption involving known cases,” the official said, without giving details.

According to the official, Prince Miteb was accused of embezzlement, hiring ghost employees and awarding contracts to his own firms, including a deal for walkie talkies and bulletproof military gear.

Prince Miteb is the first senior figure known to be released among those detained. Around 200 people in total have been questioned in the crackdown, authorities said earlier this month.

The allegations, which include kickbacks, inflating government contracts, extortion and bribery, could not be independently verified.

Saudi authorities, who estimate they could eventually recover around $100 billion of illicit funds, have been working on reaching agreements with suspects detained at Riyadh’s luxurious Ritz Carlton hotel, asking them to hand over assets and cash in return for their freedom.

Apart from Miteb, the Saudi official said that at least three other suspects had finalised settlement agreements and that the public prosecutor had decided to release several individuals.

The prosecutor has decided to put at least five people on trial, the official said without disclosing their identities.

The fate of billionaire Prince Alwaleed bin Talal, chairman of investment firm Kingdom Holding 4280.SE and one of Saudi Arabia’s most prominent international businessmen, was not known.

Kingdom issued a statement earlier this month saying it was continuing to operate normally but has not responded to queries about his status since he was detained early this month.

Two Saudi sources told Reuters that Prince Alwaleed has so far refused to reach a settlement and had asked for access to his lawyer in order to fight allegations against him.

Relatives, his lawyer and officials in his office could not be contacted to comment.

Saudi Arabia’s stock market .TASI, where many investors have been alarmed by the corruption probe, rose after news of the settlements by Prince Miteb and others. The main index was trading 0.4 percent higher around midday on Wednesday.

The settlements may mean authorities can soon wind down parts of the probe, reducing the risk of damage to the economy through the freezing of hundreds of bank accounts, and easing the danger that firms linked to detainees could be affected.

Officials from Prince Miteb’s office could not be reached for comment about his release, and it was unclear if he was able to move freely or whether he would be put under house arrest.

An acquaintance of the family said earlier on his Twitter account that Prince Miteb was receiving brothers and sons at his palace in Riyadh.

The arrests of royals and top businessmen have been welcomed by many Saudis who are frustrated by corruption, but the crackdown is also seen by many people as a pre-emptive step by Prince Mohammed to remove any possible challenge to his control over the world’s top oil exporting country.

Prince Miteb, as overlord of the 100,000-strong National Guard, represented the last great competing power center left after the toppling of Prince Mohammed bin Nayef. In September, religious and intellectual critics of the government were jailed.

RIYADH, Saudi Arabia, Oct 19: Saudi Arabia says it has executed a prince who fatally shot another man in a melee, a rare... Read More...

100 sacs of fertilizer meant for Rolpa ‘vanish’ in Dang!
20 minutes ago