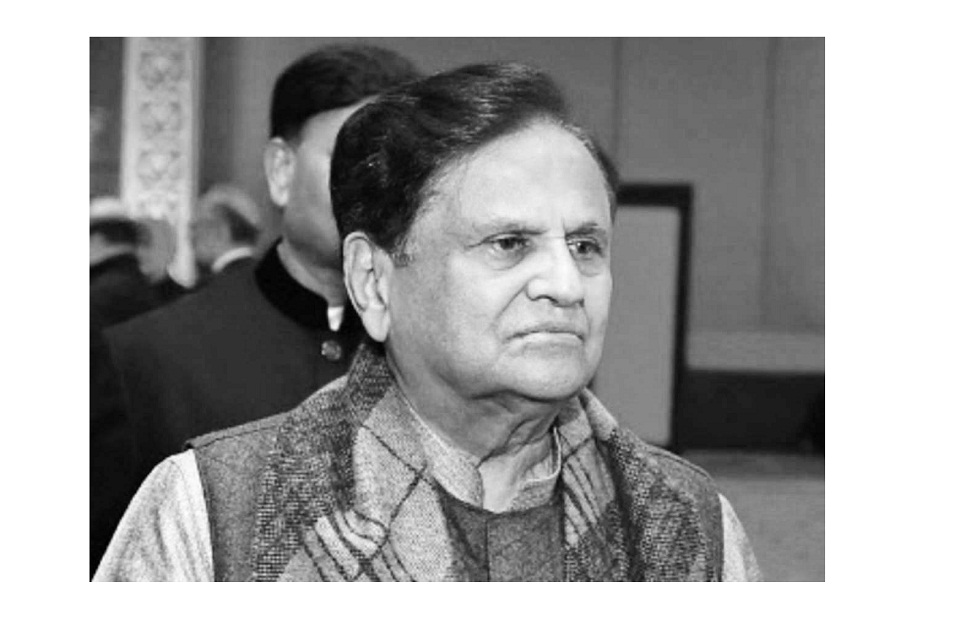 NEW DELHI, Nov 25: A senior leader of India’s Congress party died of coronavirus related complications on Wednesday, his family said, a second veteran from the opposition group to fall victim to the virus in recent days, as total cases in the country touched the 9.2 million mark.

Ahmed Patel, a lawmaker who was party treasurer and was seen as close to the Gandhi family that leads the party, was detected with COVID-19 a month ago and died of multi-organ failure, his family said in a statement.

“I have lost an irreplaceable comrade, a faithful colleague and a friend,” Congress president Sonia Gandhi said in a statement.

Earlier this week, another Congress veteran, Tarun Gogoi, died of health complications after contracting the virus in the eastern state of Assam, where he was chief minister for 15 years.

India reported 44,376 new infections and 481 deaths from the coronavirus, data from the health ministry showed on Wednesday. India has recorded 9.22 million infections, the second-highest in the world after the United States, and nearly 134,700 deaths.

Single-day cases stayed below the 50,000 mark for the 18th straight day, according to a Reuters tally, but government officials and health experts have warned of a potential spike in the country after the busy festival season.

WHO team arrives in Wuhan to investigate pandemic origins

WUHAN, Jan 14: A global team of researchers arrived Thursday in the Chinese city where the coronavirus pandemic was first... Read More...

In these times of COVID-19, the big challenge for most of us is to find ways to protect ourselves and... Read More...