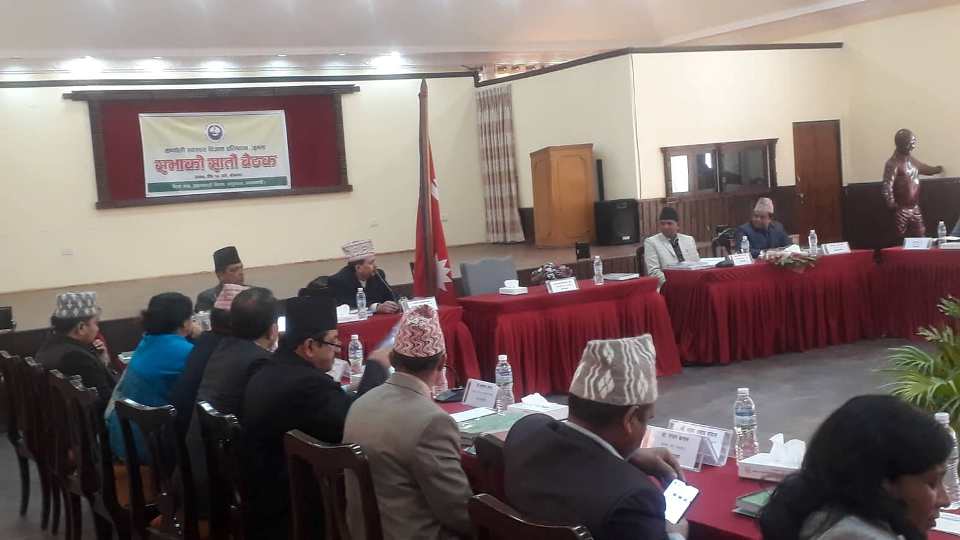 JUMLA, Dec 30: A senate meeting of the Karnali Academy of Health Sciences (KAHS) has decided to run MBBS (Bachelor of Medicine, Bachelor of Surgery) course in the academy from the current fiscal year, authorities said on Monday.

"This landmark decision is expected to bring a sea change in the health sector of Karnali Province," Bishwaraj Kaphle, the registrar at the KAHS told Republica Online.

In the past, the academy had got permission to run Doctor of Medicine in General Practices and Emergency Medicine (MDGP) course. 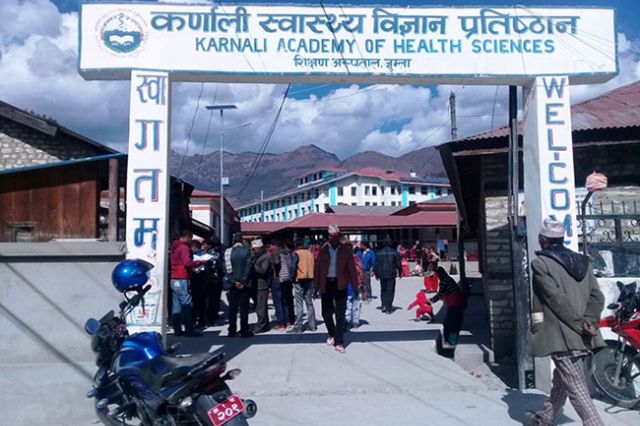 The senate meeting also approved a five-year comprehensive master plan for the academy. A budget of Rs 690 million has been earmarked for the academy for the current fiscal year alone, according to registrar Kaphle.

KAHS office bearers including Health Minister Bhanubhakta Dhakal and vice-chancellor of the academy Dr Rajendra Wagle were among others present during the meeting held at Baluwatar in Kathmandu. The senate meeting also approved the auditing report on the KAHS of the Fiscal Year 2074/75 and 2075/76. During the meeting, the organization structure of the KAHS was also endorsed.

Addressing the senate meeting, Health Minister Dhakal vowed to extend support to the KAHS on behalf of the Centre. "The government is committed to improving the situation of Karnali's health sector," he said.

In June this year, Nepal Medical Council (NMC) had granted KAHS the permission to start courses for Doctor of Medicine in General Practices and Emergency Medicine (MDGP), opening an avenue for the academy to produce specialist doctors. The permission to conduct MDGP courses had opened doors to begin the MBBS course.

The government had established KAHS in 2011 to improve health services in the then Jumla, Humla, Kalikot, Mugu, Dolpa, Achham, Jajarkot, Bajhang, and Bajura districts of Karnali. It was operated by a specialist and five doctors in the first year since establishment. In 2070 BS, the zonal hospital was upgraded to an academy that is now fully furnished with 300 beds. In recent times, KAHS has brought into operation its own pharmacy, oxygen plant, and blood donation services.

Some 200 patients come to the hospital every day. The hospital also has its own Intensive Care Unit (ICU), Computed Topography (CT) Scan service, and the Ear, Nose and Throat (ENT) department.

The hospital has already begun expanding and improving its physical infrastructure and manpower, besides installing equipment so as to begin MDGP and MBBS courses.

In recent times, the academy has sent four of its specialist doctors to work in Surkhet Hospital so as to provide specialist services. Since the hospital was deprived of many medical services, KAHS also sent doctors from different departments to the hospital including Mangal Rawal, Harihar Devkota, Ramesh Bhattarai, and Rajiv Shah.

There are 45 doctors working at KAHS who visit the remote areas of Karnali to treat patients. The admission process for MDGP is now being carried forward. Course books, teachers and all other requirements have been met, according to registrar Kaphle.

Last year, the hospital provided services to 39,942 patients. Of these patients, 4,347 received emergency treatment, 2,591 were admitted, 469 were given major services, and 572 pregnant women conceived.

JUMLA, Nov 4: Until a few years ago, health facilities were the last thing Karnali region would offer. For small... Read More...

Coronavirus vaccine production rolls off in Belgium
22 hours ago

Complaints filed against ambassadors-designate Khatiwada and Regmi
13 hours ago

Govt refutes curfew and state of emergency rumors
13 hours ago