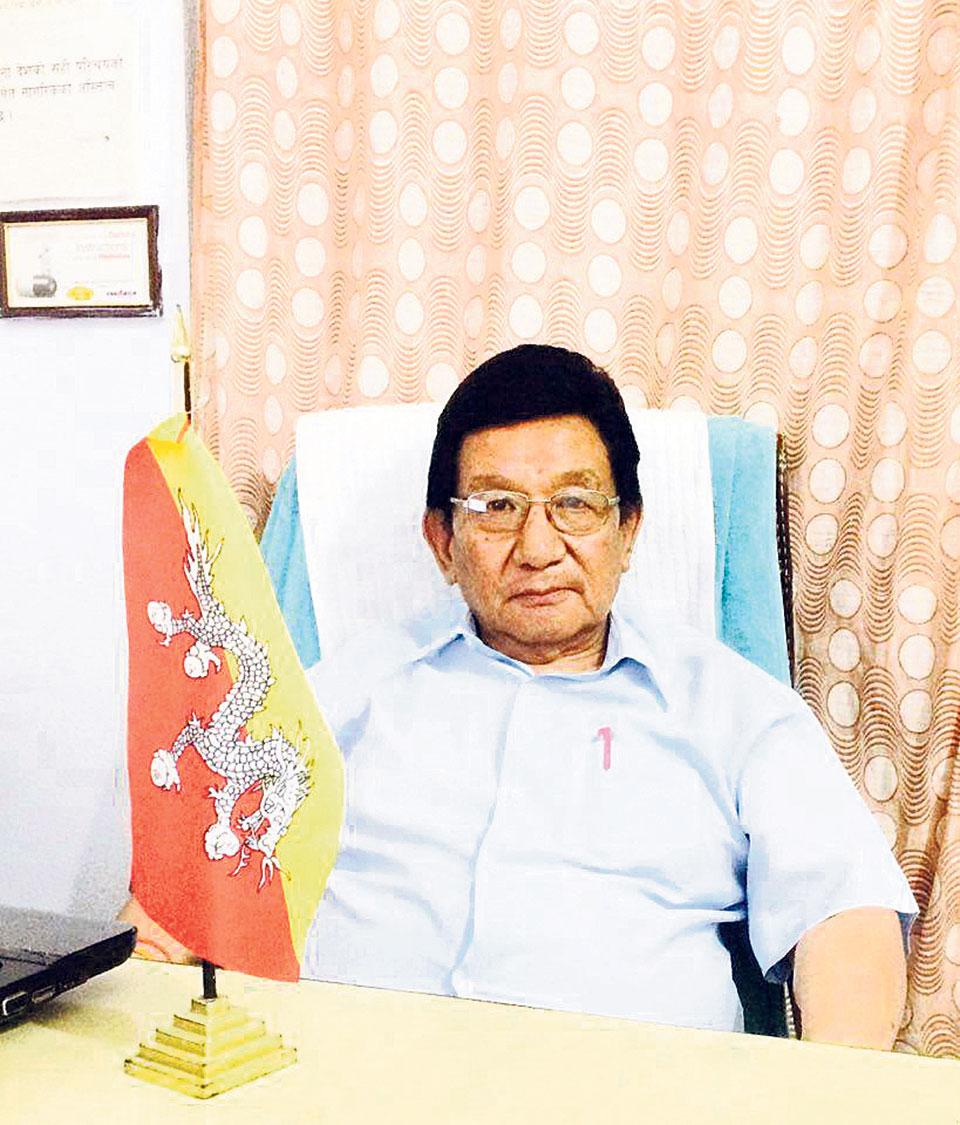 DAMAK, July 5: He had an option to live a comfortable life as a royal physician in the Bhutanese capital, Thimphu. But when the regime evicted around 75,000 of its Nepali-speaking population in the early 1990s, Doctor Bhampa Rai made up his mind and decided to follow his fellow citizens.

Leaving behind the comfort and prestige back home, Rai went along with the ousted community away from Bhutan, providing them with the much-needed medical care in their journey. Spending days in refugee camps, he reached Nepal with them in 1991 travelling all the way through India.

He tirelessly served the community and the poor people from Damak for around 27 years, treating thousands of sick people for free. He made a commendable contribution and sacrificed a lot for the betterment of Bhutanese refugees. Now at 72, the physician is in bad state of health, suffering from serious ailments and in desperate need of the same selfless care he once gave to others.

Rai recently underwent surgery of his intestine for the second time. He has been admitted at India’s Siliguri-based Aanandathok Hospital as his stool and urine continued showing traces of blood. It has already been two weeks since he was admitted to the hospital.

On top of that, Rai also has to care for his wife, Urmila, 57, who had been making efforts to pressurize the Bhutanese regime to accept the exiled population back to their home country. But now, she is living with kidney failure. Her body has stopped responding to medicines. Her lifeline is fully dependent on dialysis.
Dr Rai is now bed-ridden in the hospital without any money for treatment as his life was spent in providing selfless service for free of cost.

“Not just the Bhutanese refugees, Rai had also offered selfless service to Nepalis from poor financial background,” said Prakash Budhathoki, president of Damak-based Red Cross Society. “Now, it is the duty of everyone to help in arranging funds to cover the cost of his treatment. We owe him a lot.”

During those days in Damak, Rai had represented hopes for the Bhutanese refugees who were forced out of their ancestral home. He tirelessly advocated for the rights of the refugees to live a dignified life as others.
He also worked for arranging proper shelter for them as well as proper management of the camps. It was his initiation that finally led to the establishment of seven camps in Jhapa and Morang. Back in Bhutan, Rai, a neurosurgeon, was counted among one of the highly-skilled doctors of the country.

“It was not my objective to earn money. I considered it my main religion to serve the exiled community, which is waiting to return back to their own homeland,” Rai had said in a recent interview in his clinic.
He looks at his wife in her bed. “If we don’t treat her, she would die in front of my own eyes. But even if I want to, there is not much I can do,” he said with a teary eyes.

Rai then rested his body against the wall, struggling to support himself. He then shared that his wife needs dialysis two times a week. Both of her kidneys have failed. It would cost around Rs 6 million for kidney transplant. He could have easily raised the money if he had charged his patients during almost three decades of providing voluntary treatment.

But now, let alone gathering the money for Urmila’s kidney transplant, Rai can hardly afford the cost of dialysis. “We are barely sustaining our treatment with loans from acquaintances,” said Rai, now failing to withhold his tears.

JANAKPUR, July 29: Seventy-year-old Mati Waiba of Bateshwar Rural Municipality-1, Dhanusha, has been in iron chains for the past four... Read More...

Man arrested for impregnating his own granddaughter

TIKAPUR, July 19:  Area Police Office (APO), Tikapur has arrested a man alleging him of impregnating his own granddaughter. ... Read More...

Dr Om Murti Anil: A cardiologist who has won hearts, not just treated them!
44 minutes ago