Self-sufficiency in flowers in 5 years: FAN 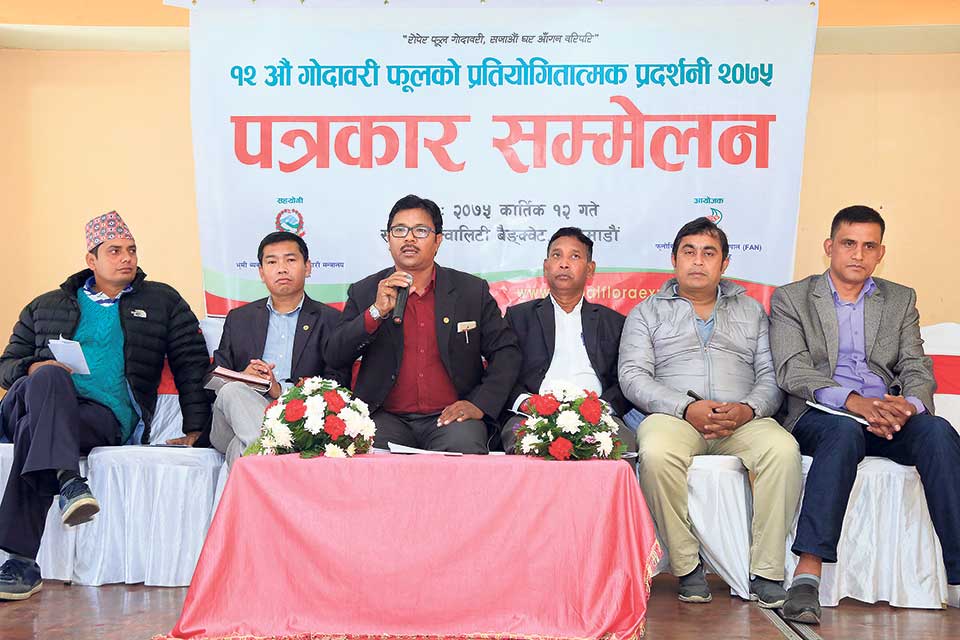 KATHMANDU, Oct 30: It will take at least four to five years for Nepal to become self-sufficient in flowers, according to officials of Floriculture Association Nepal (FAN).

"It is true that production of flowers in the country is increasing. But we should also look at the fact that demand is also on the rise," Kumar Kasaju Shrestha, president of FAN, said. "We are still dependent on imports to fulfill domestic demand especially during festivals and wedding season," he added.

The demand for flowers like chrysanthemum, marigold and globe amaranth increases significantly during Tihar festival. Similarly, the demand for decorative flowers increases during October and November when the wedding season begins.

"Though we have to import flower during festivals like Tihar and wedding season, local production can meet the demand rest of the year," he added.

According to FAN, local production met 80 percent of the demand for marigold in 2017. Florists had to resort to imports to fulfill the supply gap.

Nepal imported flower and floral products worth Rs 1.86 billion in Fiscal Year 2017/18. Of the total amount, Rs 110 million was used to foot import bills of marigold. In the first quarter of FY2018/19, the country imported flowers worth Rs 27 million.

Shrestha estimated that around 300,000 marigold garlands will have to be imported to meet the domestic demand for around 1.5 million garlands. "Even if we manage to have sufficient domestic production, we cannot stop imports as Indian traders come to Nepal during festive season to sell their products," he said, adding that he, however, was hopeful that flower imports will go down gradually.

Commercial flower farming is done in 155 hectares of land in 43 districts. Kathmandu, Lalitpur, Morang, Kaski and Bhaktapur are top flower products in the country. Flower farming has created direct employment opportunities for over 43,500 people. Flower production is growing by 10 to 15 percent annually, according to FAN.

The exhibition will continue till November 4. The four-day event is being organized to promote local flowers and raise awareness among people regarding commercial flower farming.

The organizers are expecting a footfall of 36,000 and Rs 4.5 million worth of transactions.