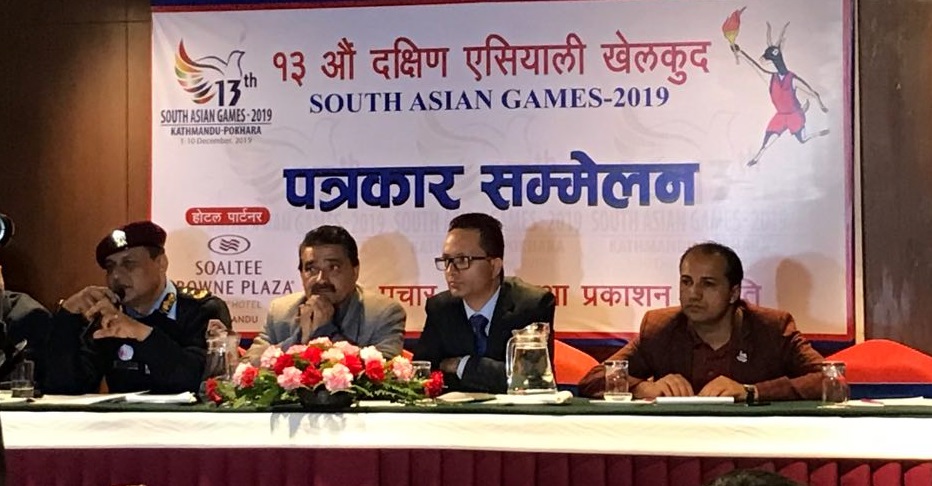 SAG committee led by Sarvendra Khanal is set to introduce an odd-even rule for vehicular movement, one-ways, escorting, special task forces, command posts, among others to prioritize the security during the Games, which will be held from December 1 to 10.

“It is a matter of national pride. Security will be of paramount importance. Things as simple as no blowing horns to designated parking and media management will be handled efficiently for smooth regulation of event,” said Khanal.

“Civil police will be on standby for any unforeseen circumstances. Strategies will be developed and different squads will be deployed to control the crowd.”

Security briefs
Players and vehicles carrying them will be escorted adeptly to make sure they reach the venues safe, sound and, most importantly, on time. Security will be using bikes in case of emergency. Flanks will be cleared for congestion free passages. Police will sterilize the area. CCTV surveillance and vigilance will be carried out for smooth operation. All security elements will be covered.

Traffic briefs
The committee has also decided to introduce an odd-even rule for vehicular movement in Kathmandu during the opening and closing ceremony day of SAG.

Similarly, the Metropolitan Traffic Division (MTD) has also started its preparation plans for sound traffic management in the valley. It has restricted the movement of heavy vehicles along the ring-road.

Nepalaya is set to introduce the picnic experience at the grass banks of TU Cricket Ground where spectators will be allowed to buy food and other stuffs whilst watching the matches.

Although Dasarath Staidum has 15,900 capacity, only 14000 tickets will be sold for management purposes, according to Silwal.

He also informed that Pokhara’s football stadium capacity has been increased to 13,000 from 10,000.

“We are using electronic methods for ticketing. There will be a number on every ticket people buy for Dasarath Stadium. Any damage to the subsequent sit arrangement will be born by the buyer whereas punishments up to banning them for years will be discussed,” stated Silwal.

SAG and state of our affairs

The 13th South Asian Games (SAG) is just a few days away. But Kathmandu is still scrambling to ready the... Read More...

KATHMANDU, March 29: The Ministry of Home Affairs has stated that the necessary preparations have been completed for security arrangements... Read More...