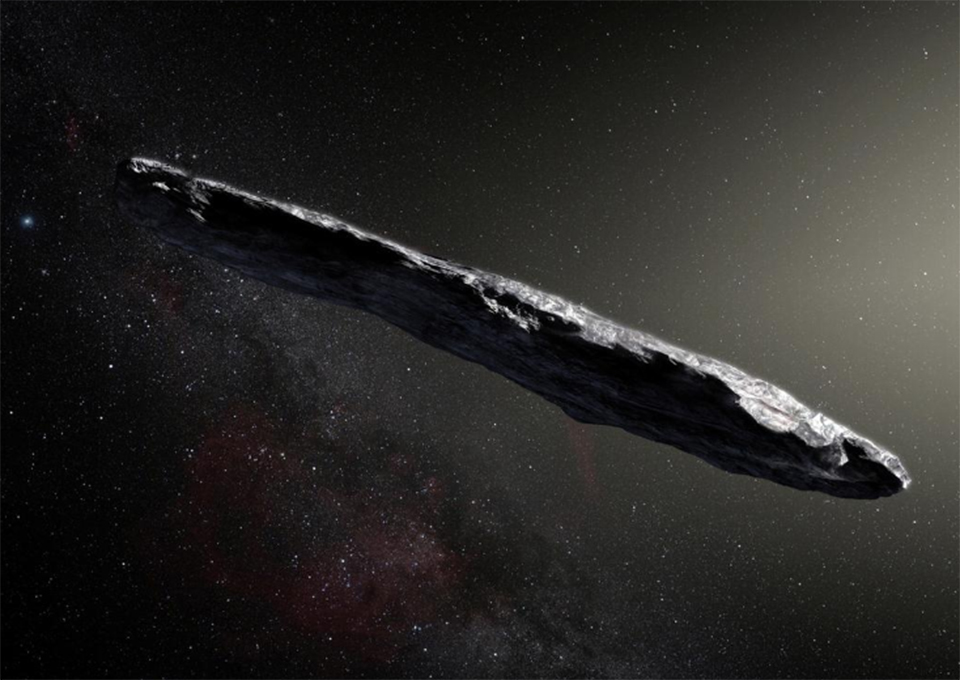 This artist's impression shows the first-known interstellar object to visit the solar system, 'Oumuamua, which was discovered on October 19, 2017, by the Pan-STARRS 1 telescope in Hawaii, U.S., with subsequent observations from ESO's Very Large Telescope in Chile and other observatories around the world. European Southern Obervatory/M. Kornmesser/Handout via REUTERS

WASHINGTON, July 2: After investigating the nature of a mysterious and apparently cigar-shaped object called ‘Oumuamua spotted in 2017 speeding through our solar system, astronomers remain uncertain over how to classify it, but are confident it is not an alien spaceship.

Its odd shape and motion had prompted some scientists to wonder whether ‘Oumuamua - the first object from another star system found passing through our solar system - was some sort of alien technology perhaps exploring the cosmos. But after poring over the data, an international team of researchers wrote that “we find no compelling evidence to favour an alien explanation.”

Scientists tracked the reddish-coloured ‘Oumuamua from Oct. 14, 2017, until Jan. 2, 2018, after which it became too faint to detect even using the most powerful telescopes. It is estimated to be a half-mile (800 meters) long, tumbling through space.

“Our key finding is that ‘Oumuamua’s properties are consistent with a natural origin, and an alien explanation is unwarranted,” said University of Maryland astronomer Matthew Knight, co-leader of the research published in the Nature Astronomy.

“Yes, if it made a sudden, unexplainable turn that would certainly have warranted further exploration,” Knight added.

‘Oumuamua (pronounced oh-MOO-uh-MOO-uh) was first detected by the University of Hawaii’s Pan-STARRS1 telescope. Its name in the native Hawaiian language means a messenger arriving from a great distance.

Knight said it is not easy to fit ‘Oumuamua into familiar classifications such as a comet or asteroid.

“We have tried to avoid putting it in one of those boxes and prefer to call it more generically an ‘object,’” Knight said.

“In simple terms, asteroids are rocky and devoid of ices, while comets are a mixture of rock and ice, so-called ‘dirty snowballs,’” Knight added.

‘Oumuamua was somehow ejected from a distant star system, traversing through interstellar space and through our solar system. It deviated slightly from a path that would be explained purely by the Sun’s gravitational pull because of what some researchers said was apparently a very small emission of gas from its surface, indicative of a comet, though any such emission was so slight as to be undetected. It lacked a dust tail or gas jets, characteristic of comets.

The Cosmologist and Physicist, Stephen Hawking said he will leave the Earth to travel to space onboard Richard Branson’s spaceship, The... Read More...