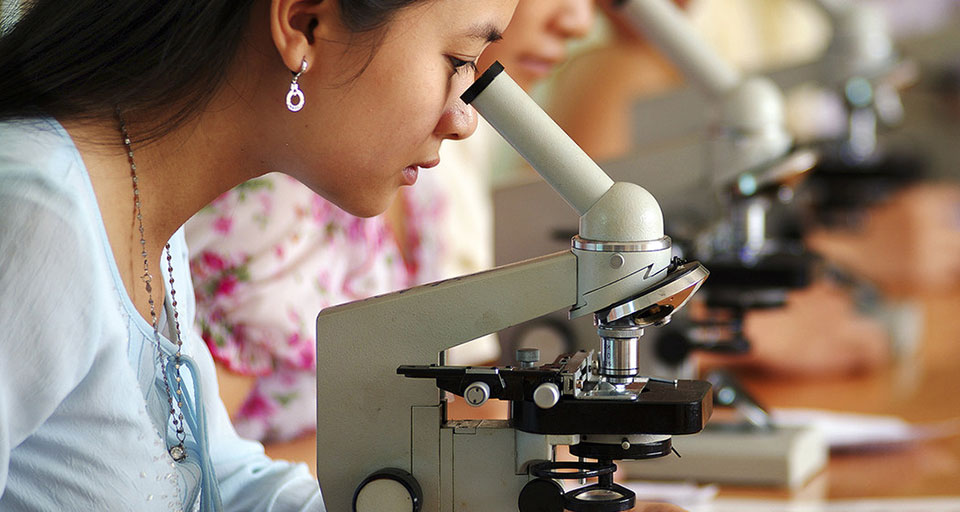 Hamal Dhakal is a PhD Candidate at Department of Molecular, Cellular, and Developmental Biology at Yale University. Paudel is MS in mathematics from ETH Zurich, a science, technology, engineering and mathematics university in Switzerland
news@myrepublica.com

Pursuit of science is indispensable for uplifting our society because it inculcates in one a passion for truth and beauty, logic and honesty, open mindedness and critical reasoning

Science and technology is yet to become a topic of mainstream debate in Nepali media. In national media, it occupies only a tiny fraction of space, and we rarely have scientific programs that cultivate in general public the importance of science. There is little conversation going on about this topic among the government agencies. What’s worse, our academic institutions do not promote science in ways they need to. They are failing at the most fundamental level: not teaching students what science actually is and how it can be advanced.

Science is a discipline in its own, perhaps the most important of all. Science sprouts from curiosity to understand the nature and the world around us. It is done when one asks a question—any question—and tries to find an answer through a systematic study that includes observations, empirical testing, and open discussion. It is the most essential tool to generate reliable knowledge. When applied, it takes the guise of technology, and helps to save human lives, fly planes, or develop a nation. Basic sciences (Physics, Chemistry, Biology, and Mathematics) form the foundation on which applied sciences, medicine, and engineering rest and without this foundation it is almost impossible to imagine human progress and sustainable development.

Science and development
Lack of robust scientific activities, including research, could be one of the main reasons behind Nepal’s underdevelopment. Nepal invested only 0.3 percent of GDP in scientific research in 2010 and there were less than 200 scientific researchers per million population in that year. Although we have better educational opportunities than our parents had, we are lagging far behind when it comes to graduate education. According to the World Education News and Reviews (WENR), of the total students in Nepal, the number of enrollments during 2015/2016 for master’s degree was 11.26 percent and for PhD was infinitesimal 0.27 percent. Graduate school is the place where students take up a question (or a few) and try to address it by conducting original research. The goal is to train students to become thinkers and problem solvers. With such a tiny fragment of population trained as such coupled with serious lack of funds, it is hard to imagine invention, innovation and discovery.

On the positive side, we can derive some hopes from the fact that we started late. At the time when some of the major scientific breakthroughs—such as confirmation of Einstein’s theory of relativity (1920), birth of quantum mechanics (1920s), discovery of Penicillin (1928) or elucidation of protein (1951) and DNA structures (1953)—were being made, we still did not have a university in Nepal. Our oldest university, Tribhuvan University, was established in 1959. For over a century, the country was under Rana rule which gave us no access to the scientific activities happening in the world. When the regime fell and democracy was introduced in 1951, the literacy rate was creeping at mere two percent. The subsequent decades were not fruitful for science either. In fact, the investment in education, let alone scientific research, was hardly ever a priority as the country went through a series of political events one after another.

Promoting science
Despite the pessimisms surrounding our scientific status, there is a lot to look forward to. Although intelligence, investment, and infrastructure are keys to doing successful science, a culture of research must be established first. Creating research culture will take time but that’s not a reason to remain quiet. First, the government needs to make policies to ease and encourage scientific activities and be willing to invest substantially in science. Second, universities should start training existing teachers and hiring faculties with a history of successful scientific records. Educators, the guardians for propagating knowledge, should promote such culture to provide students an incentive for scientific research. Universities and research institutions should offer research opportunities such as internships to give students a flavor of real science. Additionally, we need to take advantage of the Nepali diaspora scattered around the globe. Today, Nepali students are partaking in the cutting-edge research across disciplines in many good universities in the world. Therefore, we should be able to create conducive environment to attract these students so that we can benefit from their combined expertise. At the same time, we need to provide informal science education to politicians, parents, and children to make them realize the value of scientific work. We also need more science and technology journalists who can exploit mass media to popularize science.

As our society is currently going through a series of sociocultural transformations, some better and others clearly for the worse, science education serves even utilities than ever. Today, there are still families in Nepal where women are banished from kitchen during menstruation, if not from the house. Caste-based discrimination runs deep and we are uprooting our identity for the allure of modernization. Transformation should be dictated by reason and rationality, not by superstition. Therefore, a pursuit of science is indispensable for uplifting our society because it inculcates in one a passion for truth and beauty, logic and honesty, and open mindedness and critical reasoning.

It is important that we, as a nation, realize that today’s basic sciences shall become an engine for tomorrow’s economy. Even the nations which were at par with Nepal until a few decades earlier—think of Hongkong, Singapore, South Korea, Taiwan, China, India etc—leapfrogged after their national commitment to science. Our current access to science and technology is a result of research done at some institutions outside Nepal. These institutions will not conduct scientific research to create opportunities or address our concerns such as alleviating pollution, preventing the effects of natural calamities, increasing agricultural yields, or extracting antidotes from our rich vegetation sources.

Hamal Dhakal is a PhD Candidate at Department of Molecular, Cellular, and Developmental Biology at Yale University. Paudel is MS in mathematics from ETH Zurich, a science, technology, engineering and mathematics university in Switzerland

Conference on Science and Technology kicks off

KATHMANDU, June 6: A two-day conference on Science and Technology for Prosperity kicked off in Lalitpur on Wednesday with the... Read More...

KATHMANDU, May 18: The 1st Science, Information and Technology National Youth Conference-2018 is taking place in the Capital from June... Read More...