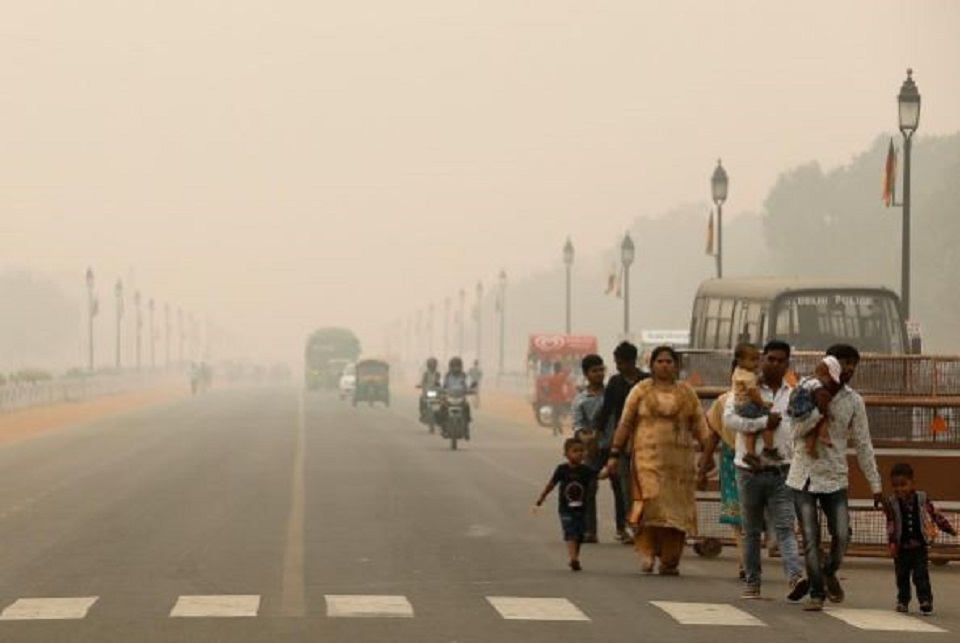 People walk on the Rajpath on a smoggy day in New Delhi, India, November 1, 2019. REUTERS/Anushree Fadnavis

NEW DELHI, Nov 1: Schools in the Indian capital will be shut until November 5, the city government said on Friday, as residents breathed the season’s worst air for a third straight day.

As farm fires from New Delhi’s neighbouring states sent swathes of smoke into the capital, the city’s chief minister Arvind Kejriwal ordered schools to be closed, the minister said in a tweet he posted in Hindi.

Earlier on Friday, a government-appointed environment panel declared Delhi’s air pollution a public health emergency, according to report by Reuters partner ANI that quoted a letter from the Environment Pollution Control Authority.

“This is a public health emergency as air pollution is now hazardous and will have adverse health impacts on all particularly the children,” ANI quoted the letter.

Government-monitored indices that track air pollution hit 500 in several parts of the capital, the maximum recorded by the government’s Central Pollution Control Board.

The index measures the levels of PM 2.5, tiny particulate matter that goes deep into the lungs.

Levels above 400 indicate severe conditions that put people with healthy lungs as well as those with respiratory illnesses at risk.

The government will also restrict the number of private vehicles in the city from next week under an “odd-even” scheme based on the number plates.