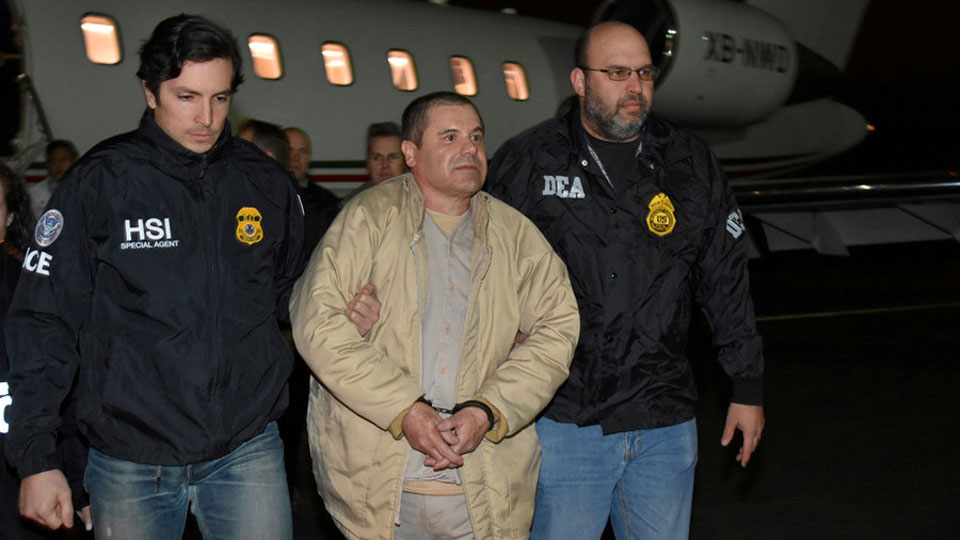 BROOKLYN, Nov 14: Drug lord Joaquin ‘El Chapo’ Guzman had been framed by corrupt US and Mexican officials who let his chief lieutenant remain at large to lead the Sinaloa cartel instead, his defense claimed, at the start of the high-profile trial.

Guzman was made a ‘scapegoat’ by a corrupt Mexican government in an American drug war, so that the true head of the drug empire, Ismael ‘El Mayo’ Zambada, can escape justice, defense attorney for the narcotics baron claimed in his opening statement in Federal District Court in Brooklyn.

“[Zambada] has been allowed to operate for the last 55 years because he pays for it,” Jeffrey Lichtman told the court in an unexpected start of the hearing. “He bribes the current president of Mexico and for good measure, the previous one as well.”

Seventy-year-old Zambada has long been known to be one of Guzman’s closest deputies. Despite being one of the top men in the Cartel he has never been arrested for his criminal activities. “El Mayo” is still at large in Mexico. Zambada’s son, Vicente Zambada-Niebla, and his brother, Jesus Reynaldo Zambada García, however, are in US custody and may testify in the trial.

“The US government pretends to want him. But somehow they can’t figure out where he is,” Lichtman said Tuesday, noting that there is an “uglier side” to the story which the governments of Mexico and the United States don’t want the public to hear.

“The US government pretends to want him. But somehow they can’t figure out where he is,” Lichtman said Tuesday, noting that there is an “uglier side” to the story which the governments of Mexico and the United States don’t want the public to hear.

“Money, drugs, murder and a vast global narcotics trafficking organization – that is what this case is about, and that is what the evidence, in this case, will prove,” the prosecutor said.

While Guzman’s defense team presents the charges leveled against their client as an international conspiracy, Mexico's current president Enrique Peña Nieto and his predecessor Felipe Calderón immediately rejected the allegations of corruption leveled against them.

Guzman currently faces 17 criminal counts related to his leadership of the Sinaloa Cartel. He may very well spend the rest of his days in a US maximum security prison if convicted. The 61-year-old drug lord, who managed to escape maximum security prisons on two occasions, is kept in under close watch in solitary confinement in New York, after being extradited to the United States from Mexico in January 2017. His trial is expected to last several months.

In defense of Fed

Notwithstanding rumored unconstitutional threats from the president, Fed should be congratulated for its steadfast commitment to policy “normalization” ... Read More...