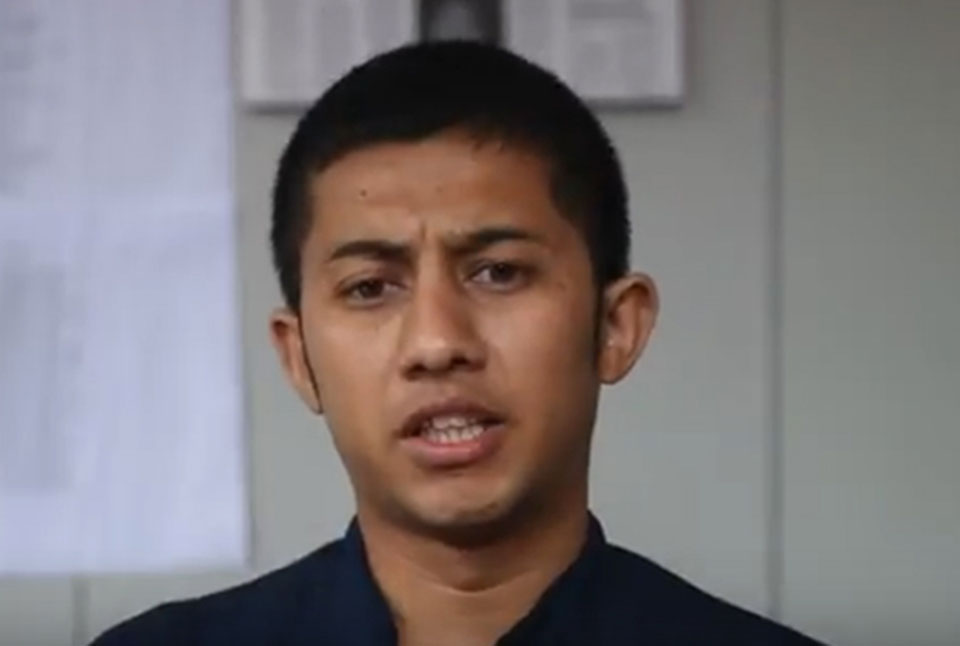 KATHMANDU, Nov 1: The Department of Immigration’s decision to bar former Maoist child solider Lenin Bista from travelling abroad was unlawful, the Supreme Court has ruled. Responding to a writ petition filed by Bista, a division bench of SC Justice Ananda Mohan Bhattarai and Kumar Regmi on Thursday said that the authorities concerned had breached laws and violated Bista’s fundamental rights by prohibiting him from travelling to Thailand.

On August 24, 2018, immigration officials, allegedly at the behest of Home Minister Ram Bahadur Thapa, had stopped Bista from going to Thailand, where he was to attend a five-day event titled “Youth in Conflict Areas: Healing and Peace Building through Social Engagement”.  The move had drawn widespread condemnation and sparked debate on Oli government’s growing attack on civic liberties.

On August 30 last year, Bista filed a writ petition at the SC saying that that the government had breached its jurisdiction and deprived him of fundamental rights through travel restriction. Senior advocate Shambhu Thapa and Om Prakash Aryal had pleaded on Bista’s behalf.   The court had earlier ordered the offices concerned including the Prime Minister’s Office and the Ministry of Home Affairs to clarify the reason for barring Bista from travelling abroad.

Bista, who was subjected to unlawful detention, torture and threats by the Maoists for speaking out against exclusion of child soldiers in the peace process, has since been championing for the rights of child soldiers through his non-profit.

Bista said he was happy with the court’s order.

“Other citizens won’t face similar travel restrictions in the day to come. I think this is a significant achievement,” said Bista. A full order would be released later.

KATHMANDU, Dec 4: The ruling of a full bench of the Supreme Court a year ago concerning the Kalimati-Nagdungua road section... Read More...