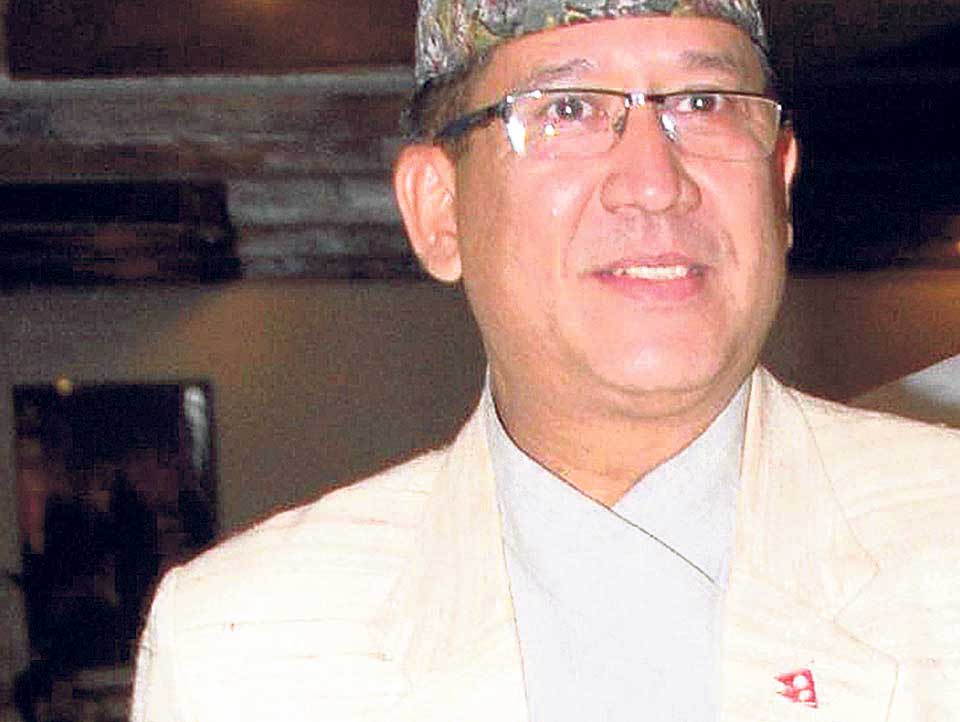 KATHMANDU, Nov 1: The Supreme Court on Wednesday granted permission to former chief executive officer of Nepal Tourism Board (NTB) Subash Nirola to file an appeal against a verdict of the Special Court while remaining free on bail .

The Special Court had slapped a seven-year jail term on Nirola for embezzling millions at the country's tourism promotional body through the submission of fake bills.

A division bench of Chief Justice Om Prakash Mishra and Justice Purushottam Bhandari granted permission to Nirola to file an appeal against the Special Court verdict, after depositing a security bond instead of going to jail.

Overturning an order of Supreme Court Joint Registrar Narayan Panthee, who rejected Nirola's plea to be allowed to appeal to the Supreme Court without first going to jail as he was undergoing medical treatment, the division bench of Chief Justice Mishra and Justice Bhandari granted him permission to appeal after posting bail.

This is the first time that the Supreme Court has granted such permission in accordance with the Muluki Criminal Procedure Code 2017 .

Stating that he was not in detention at the time of the prosecution of his embezzlement case at the Special Court, Nirola recently filed the petition seeking permission to appeal at the Supreme Court , in accordance with Section 137 of Muluki Criminal Procedure Code.

Joint Registrar Panthee had rejected his demand, after which Nirola turned to the apex court .

Stating that the petitioner had been receiving treatment in hospital and that rejecting his demand for permission to appeal to the Supreme Court would be improper and against the concept of right to appeal , the division bench of Mishra and Bhandari granted him permission to file his appeal against the Special Court.

The Special Court had slapped a seven-year jail term on Nirola for embezzlement, on February 23. In its decision in a case filed by the Commission for Investigation of Abuse of Authority (CIAA), the Special Court had ordered Nirola to pay the embezzled amount of Rs 8.05 million and a fine of Rs 5.4 million.

The anti-graft body had filed cases against 23 different officials at NTB including Nirola on April 3, 2015. The Special Court had slapped a six-year jail term and a fine of Rs 5.02 million on chief accountant Anil Kumar Das, and a fine of Rs 154,224 on Mahendra Khanal of World Wide Asian Travel and Tours. Out of 23 defendants, 20 officials including three government secretaries have already been acquitted by the court.

The anti-graft body had filed the cases against the 23 officials on charges of embezzling Rs 1.39 billion in procurement and other expenses for the office. Nirola was released on a Rs 30 million bail in 2016.

According to the Special Court, three of the 10 major charges of embezzlement against the three officials have been substantiated during investigations and court hearings. They were accused of misusing the NTB budget through the submission of fake bills for various office accessories, vehicle hires, alcohol purchase, travel and foreign trips, including through the receipt of money from the office for private and family trips outside the country.

Nirola alone has been slapped with a Rs 138,334 fine for spurious bills for liquor procurement.

Motorcyclist killed after being hit by Scorpio
22 minutes ago