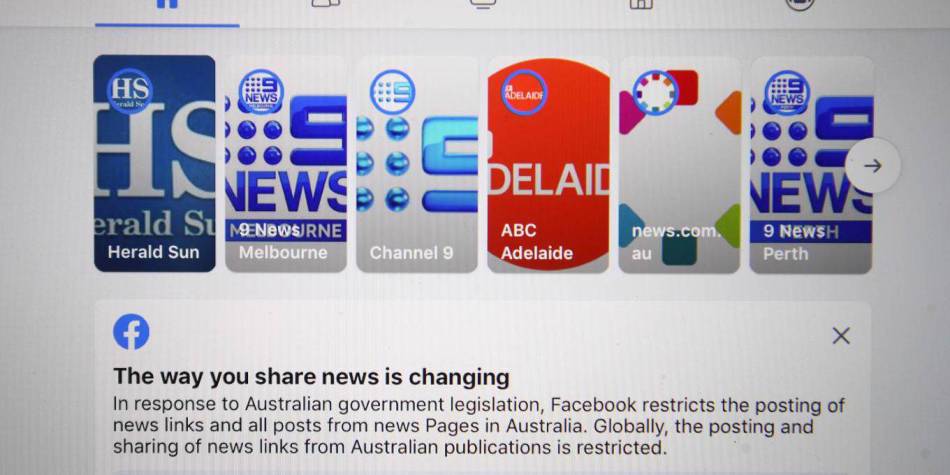 Having captured almost all of the advertising revenue in the market, Google and Facebook are now two of the most profitable companies in history, so powerful that they can strong-arm many national governments.

MONTREAL – It is easy to forget that for a long time—long before Google and Facebook went head-to-head with the Australian government last month—there wasn’t a proven business model for the internet. That, after all, is why the dot-com bubble popped. But then Google and Facebook found a way to transform their biggest asset, user data, into a lucrative product: advertising that targets consumers with far more nuance and precision than traditional TV or print ads ever could.

Much can be said about this type of micro-targeted advertising, its impact on society, and whether it should even be allowed. But one thing is clear: it has been wildly successful in commercial terms. Having captured almost all of the advertising revenue in the market, Google and Facebook are now two of the most profitable companies in history, so powerful that they can strong-arm many national governments.

Because Google and Facebook have gained monopoly-like dominance over digital advertising in search and social networking, respectively, it is now next to impossible to bargain with them. Worse, a business model that is not based on the distribution of reliable information has come at the expense of reputable journalistic institutions and others in the business of providing this crucial public good. We are thus left with a dual market failure that harms not only the advertising business, but also democracy.

To address both of these problems, the Australian government recently mandated that social-media platforms enter into negotiations to pay news publishers for their content, and introduced measures to ensure more transparency with respect to ad sales and algorithmic changes that could affect the news business. Implicit in this response is the idea that you can solve the market failures in both journalism and advertising by tackling the problem of market dominance.

Though Australia offered a capitalist solution to the crisis in journalism, the Big Tech firms vehemently opposed the move. At the same time that Google and Facebook are running ads professing their support for new digital regulations, they both threw a tantrum as soon as a government actually proposed rules that didn’t align with their current business models.

While Google initially threatened to leave the Australian market entirely, Facebook went with the nuclear option of blocking all news from its platform in Australia (both companies have since backed down somewhat). Putting aside the disturbing implications of a media distributor blocking reliable information during a pandemic, neither company’s response is sustainable over the long term. If the platforms’ answer to regulation is to deny their users access to information, their products will become less attractive over time.

Still, one can debate whether the Australian approach represents good public policy. On the surface, its “News Media Bargaining Code” is a fairly simple and potentially effective way to address a market failure by redirecting funds from platforms to publishers. The policy’s use of forced arbitration to level the playing field has many precedents in Australia, and certainly makes sense in principle. But this approach has three limitations that other countries should bear in mind before adopting similar models.

First, mandated arbitration tends to privilege big publishers more than smaller, innovative companies and organizations that are pioneering new journalistic business models. Among the biggest news publishers in Australia (and thus one of the biggest beneficiaries of the new law) is Rupert Murdoch, whom no one would ever mistake for a champion of democracy or public-interest journalism.

Major newspapers tend to advocate policies that serve their (and their shareholders’) own interests, rather than the interests of independent journalism generally. In Australia’s case, the new media code says nothing about how licensing money from the platforms should be distributed, raising the possibility that smaller start-ups and innovators will be left out in the cold.

A second problem with the Australian approach is that it encourages ad hoc and unaccountable deal-making that could result in platforms co-opting independent media organizations. We do not want publishers to become so dependent on the money they receive from platforms that they can no longer hold those companies to account.

Finally, the Australian media code treats the market failures in advertising and journalism as one issue, when they are actually separate problems. Yes, Facebook and Google have amassed so much market power with their unrivaled ad delivery that they have managed to avoid entering into licensing agreements with publishers. But while mandated arbitration might address this particular problem, it would not suddenly restore the traditional news business model; nor would it do anything about the broader range of platform-based harms, from disinformation to data-privacy violations and election interference.

There are some easy fixes. Governments should not give platforms a get-out-of-jail-free card for making a “significant contribution” to the news-media ecosystem. Publishers should be mandated to use any revenue they gain through the code for journalism. And the arbitration panel could favor proposals from smaller organizations and those in “news deserts.”

But a broader, more promising solution is for governments and platforms (by government mandate, if necessary) to pay into a civic media fund that would independently and transparently allocate funding to a broad range of journalistic outlets. If Facebook and Google are going to put billions of dollars into news, an independent and impartial body representing the public interest should distribute the money. That way, reputable publishers would receive support while remaining free from undue government or private influence.

The Australian experience represents a significant step forward when it comes to reining in overly powerful digital platforms. Facebook and Google finally have had to come to the negotiating table. But Australia’s new media code does not solve the crisis in journalism. To do that, we will need to think even bigger than we currently are.