Sarkozy’s conviction is a win for the rule of law 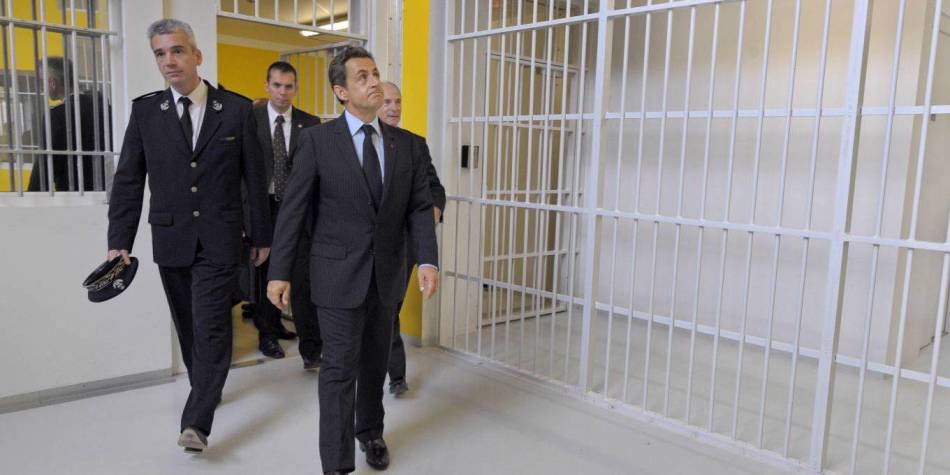 The harsh sentence handed down to former French president Nicolas Sarkozy confirms anew an ancient truth of politics: Even in the world’s most firmly entrenched democracies, corruption remains a curse.

HAMBURG – The harsh sentence handed down to former French president Nicolas Sarkozy, who was found guilty of influence peddling, confirms anew an ancient truth of politics. Even in the world’s most firmly entrenched democracies, corruption remains a curse.

Power always gets you more power. It works its magic better than greasing palms with money. The strong don’t need to wave their purse. Five hundred years before the verdict against Sarkozy, Machiavelli famously declared in his Discourses that “Gold alone does not procure good soldiers, but good soldiers will always procure gold.” In other words, clout beats cash.

So, power is the hardest currency in politics, creating temptations that cannot be exorcized, but must be contained and controlled. This is why democracies have devised intricate checks and balances, above all, an independent judiciary—something despots don’t need to worry about. The three-year prison term given to Sarkozy, from 2007 to 2012 the mightiest person in France, shows that the French system is working as designed.

The signal sent by the Parisian court could not have come at a better time. Everywhere, darkness is supposedly descending on democracy. The COVID-19 pandemic is said to undermine the separation of powers everywhere, tilting the balance toward a grasping executive, which threatens freedom in the name of safety. Aren’t lockdowns the first step into servitude?

Moreover, authoritarianism is rampant in Eastern Europe, and strongmen are ruling from Budapest to Beijing and Brasília. Even in the United States, the world’s oldest democracy, former President Donald Trump spent four years attacking (and stacking) the judiciary and incited a violent insurrection at the Capitol, the seat of the US Congress.

Against this backdrop, the verdict against Sarkozy, which he will appeal, spells out a reassuring message in troubled times. Chief financial prosecutor Jean-François Bohnert highlighted the symbolic significance of a case involving “a former president of the Republic who was once the guarantor of an independent judiciary.” As the court wrote in its ruling, Sarkozy had “used his status as former president ... to reward a magistrate who had served his personal interests.”

Sarkozy is not the first French president or senior official to face the bench. Jacques Chirac, president from 1995 to 2007, was convicted in 2011 for misusing public funds when he was mayor of Paris. François Fillon, Sarkozy’s former prime minister, was sentenced last June to five years in prison (three suspended) for embezzlement. Christine Lagarde, now head of the European Central Bank, was convicted on charges of “negligence with public money” while she was France’s finance minister under Sarkozy. Jérôme Cahuzac, the budget minister under President François Hollande, was sentenced in 2016 to three years in prison for tax fraud.

Now, the frequency of such crimes—and not only in France—suggests a depressing pattern: the progressive erosion of public trust across the Western world. These incidents heighten suspicions that politicians use their muscle to benefit themselves or their parties; hence an endless string of campaign finance scandals shaking one democracy after another.

Actually, their citizens should take heart. This side of neo-authoritarian Hungary and Poland, the democratic ship of state is not sinking, but plowing ahead, no matter how strong the headwinds. The rule of law and the separation of powers, enshrined in every Western constitution, remain strong, even in perilous times when economic and health catastrophes torment the soul and strengthen the grip of the all-providing state.

In fact, electorates have become more sensitive to misdeeds in high places. It is a plausible assumption that during the French Fourth Republic (1946-58), let alone during the Third (1870-1940), former heads of government would not have been given a three-year prison term. “Transparency” and “accountability” are the new battle cries in the democratic arena.

Just consider Italy, known as the land of arrangiarsi—making do, wiggling through. And yet, Silvio Berlusconi, a three-time prime minister, has been indicted dozens of times. Finally, in 2012, he was sentenced to four years for tax evasion. Better late than never.

And then there’s Trump, Berlusconi’s heir as the world’s populist-in-chief, who tried to cow and outflank the judiciary and Congress. Yet, when democracy was on the line, as it was in the months after the 2020 presidential election, even his own appointees to the Supreme Court ruled against him. The occupation of the Capitol by his loyalists on January 6 briefly delayed but did not disrupt Congress in confirming the election of Joe Biden as president. The institutions proved mightier than the mob.

From France to America, democratic countries are affirming the fundamental principle of government by law, not by men (and women). That is the message of our time that should reassure the Cassandras who believe that despotism is on a roll. Some may carp that Sarkozy, if his appeal is rejected, will have to serve only one year, and then in the comfort of his home, guarded only by an electronic bracelet.

Yet the larger moral of this drama of crime and punishment is the supremacy of the law, which goes back to the English Magna Carta of 1215. Its 63 clauses boil down to a single commandment: No ruler stands above the law.