Sandeep Lamichhane: The hype is real 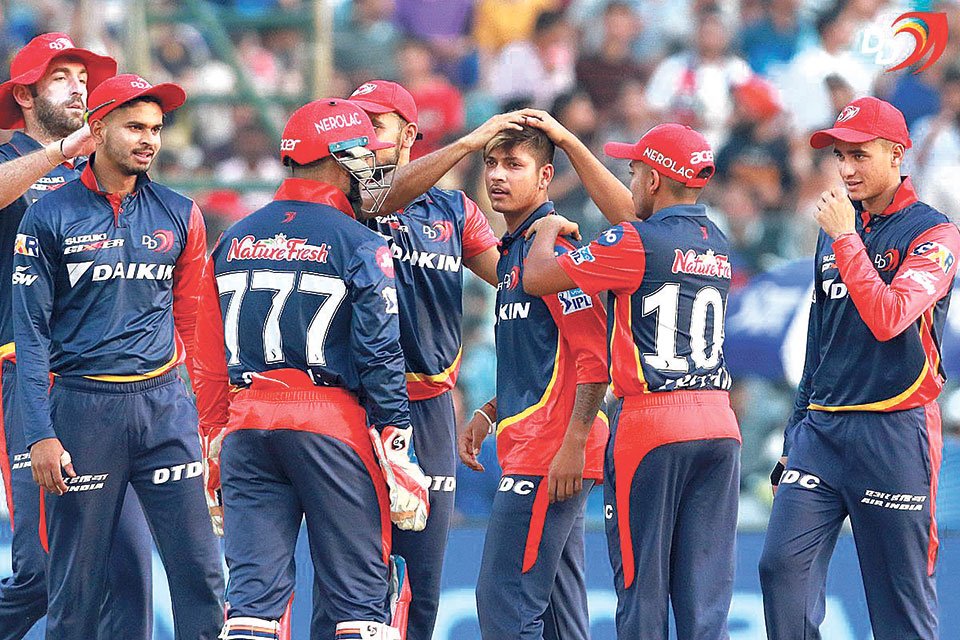 REPUBLICA, May 21: Sandeep Lamichhane had to wait for his debut for Delhi Daredevils whilst assumptions were made if the purchase of a starlet from lesser known but internet-friendly Nepal was all but a commercial stunt to boost up fan following in the top associate nation-- in terms of fan following.

Lamichhane saved his best for the last as he registered his first three-wicket-haul, giving away 36 runs from his four overs, against Mumbai Indians dismissing the proven strikers like Surya Kumar Yadav, Kieron Pollard and Krunal Pandya. He dismissed Yadav in his first over and came back in the 10th over to dismiss Pollard and Pandya to leave Mumbai reeling on 80/5. The defending champions eventually lost the match by 11 runs as the damage was carried on by the experience of veteran Amit Mishra, who picked up three wickets conceding 19 runs in his four overs.

The Mumbai opening batsmen Yadav took the aggressive route from start in a do-or-die match as the highest run-getter for Mumbai lashed onto legside deliveries to a four and a six in first two deliveries of the chase. However, Lamichhane had his moment as the batsman looked to work the ball through midwicket but a leading edge carried all the way to Vijay Shankar at long-on who ran in quite a bit and took a good catch to give young leg-spinner’s first wicket of the match and third of the IPL . He has previously dismissed Super King’s Suresh Raina and Royal Challengers Banglore’s Parthiv Patel.

In his second over of the match, it was a legbreak delivery which Pollard went for a lofted straight drive. Daredevils’ Glenn Maxwell had to run around to his left and take a well-timed reverse-cupped catch but had to throw the ball to Trent Boult nonchalantly to avoid going out of the boundary due to misbalance.

Lamichhane’s best bit came when he dismissed the street-smart Krunal Pandya for four runs a couple of deliveries later. A tossed up gentle googly outside off was softly played by Krunal driving loosely at short cover.

Lamichhane finished his IPL campaign in the fourth place with the best economy rates and seventh in the strike-rates. A debut stint which will be best remembered for his bravery and courage to bowl immaculately against the likes of Virat Kohli, AB de Villiers, MS Dhoni and Rohit Sharma. If nothing else, Lamichhane has hinted to belong at the toughest T20 league in the world. The hype is real. The expectant eyes back home as well as cricket observers around the world will look at every opportunity Lamichhane gets from here on in the international arena.

A traitor like Madhav Nepal has no space in the party: UML Chairman Oli
23 hours ago
Only 16 percent of construction of Kathmandu-Terai expressway completed in past four years
22 hours ago