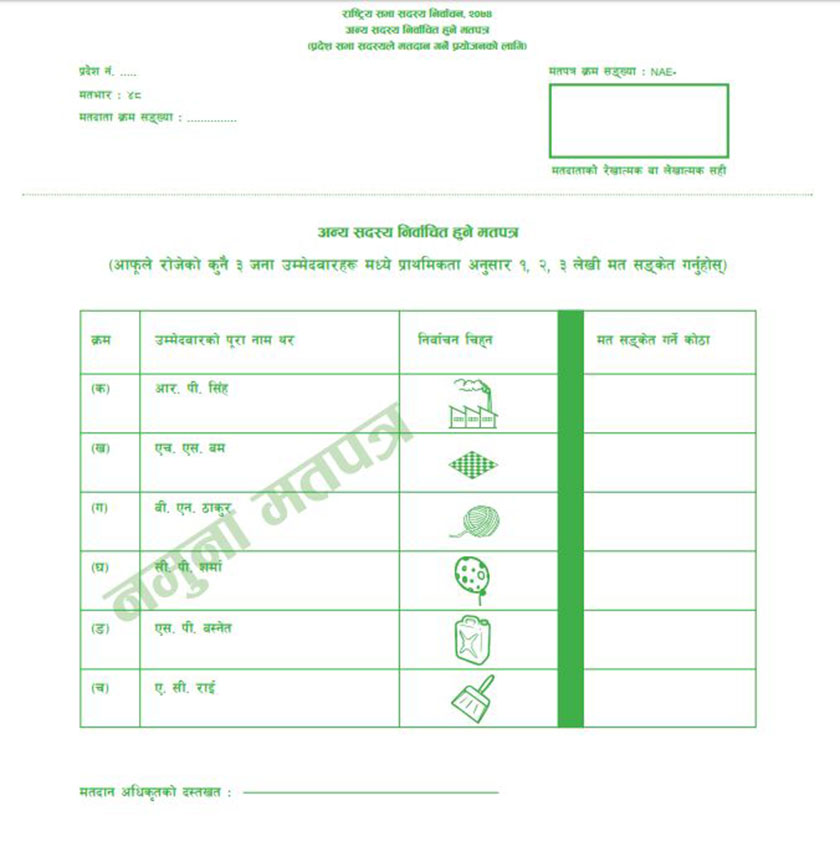 Using separate ballot papers, provincial assembly members, local chiefs and their deputies will vote for Dalit, women, minority and person living with disability and other candidates.

Of the total candidates from each province, the Election Commission has made it mandatory for political parties to set aside nine seats; three women, one each for Dalit, disabled or minority groups and three others. Of the 59 parliamentarians for the National Assembly, three will be elected by the President of Nepal.

Ballot papers for proportional election go to print from Tuesday

KATHMANDU, Oct 2: The Election Commission is to start printing the ballot paper for the proportional representation system under the... Read More...