Sampaoli has winning start for Argentina 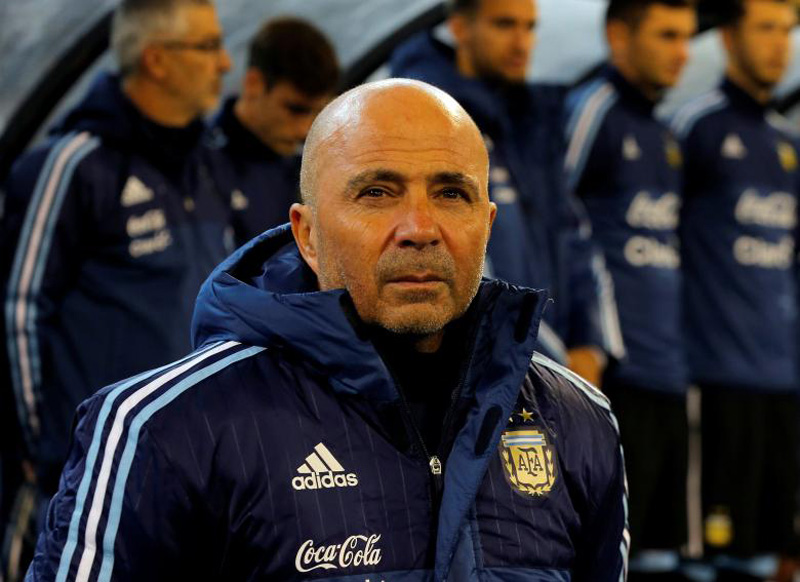 Jorge Sampaoli enjoyed a perfect start to his Argentina reign with a 1-0 friendly win over Brazil on Friday, ending opposing coach Tite's honeymoon in front of a mammoth crowd at the Melbourne Cricket Ground.

Sampaoli unveiled a new front three in the 'Superclasico' Down Under, with Paulo Dybala and Gonzalo Higuain forming a formidable attacking triumvirate alongside talisman Lionel Messi.

But it was a Gabriel Mercado strike on the verge of halftime and a profligate Brazil attack that proved decisive, ending Tite's perfect record of nine successive wins dating back to September.

With Neymar and a host of top players skipping the tour, Brazil missed a number of second half chances, leaving Sampaoli grateful for the win in front of more than 95,000 spectators.

"We knew it would be complicated because we were trying to set up a team for the future," the former Chile manager told reporters through a translator.

"I can't really tell you that we've consolidated a team. This consolidation will take time. I would be lying if I told you everything went to plan but we've got the idea and we are beginning this journey."

Tite's night was soured when forward Gabriel Jesus was taken off the field on a stretcher in stoppage time after suffering a knock to the face from his Manchester City teammate Nicolas Otamendi.

"He had an injury, had a problem on his face, so he just went to hospital and we are waiting to see what happened to him," Tite told reporters.

It was a dramatic end to an eventful night for the 20-year-old talent, who missed an open goal in a comical phase of play in the second half.

Latching onto a sumptuous through-ball, Jesus rounded the keeper but his low shot struck the left goalpost.

The deflection found teammate Ever Banega but the midfielder then blasted his shot straight into the right post.

Argentina was dominant in the opening half, with Angel Di Maria a constant menace down the left flank.

Messi was more subdued but placed a deft free kick onto the head of Gonzalo Higuain in one of the early chances.

The 57-year-old coach was eventually relieved when Otamendi headed a Di Maria cross into the right goalpost and Mercado hammered in the winner from a metre out.

Argentina play Singapore next week in the city state, with Brazil remaining in Melbourne to take on hosts Australia at the MCG on Tuesday.

Argentina’s World Cup ambitions rest heavily on the shoulders of Barcelona legend Lionel Messi, who is still searching for his first piece of... Read More...

NEW YORK, Nov 8: With hours to go before Americans vote, Democrat Hillary Clinton has about a 90 percent chance of... Read More...