KATHMANDU, May 6: The formal announcement of unification between Naya Shakti Nepal and Federal Socialist Forum Nepal (FSFN) has been made amid a function held in the capital on Monday.

Coordinator of the Naya Shakti Baburam Bhattarai and Chairman of the FSFN inked a nine-point deal to form a new party called "Samajwadi Party, Nepal" during the program at Nepal Academy. 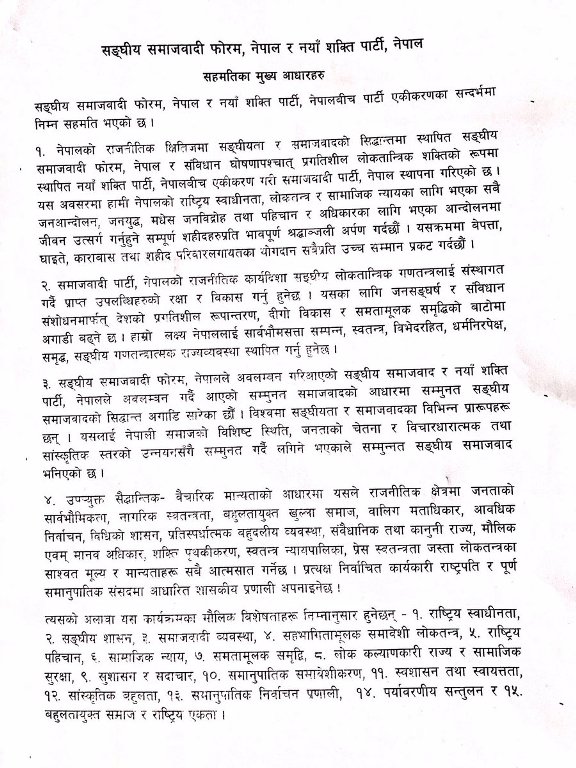 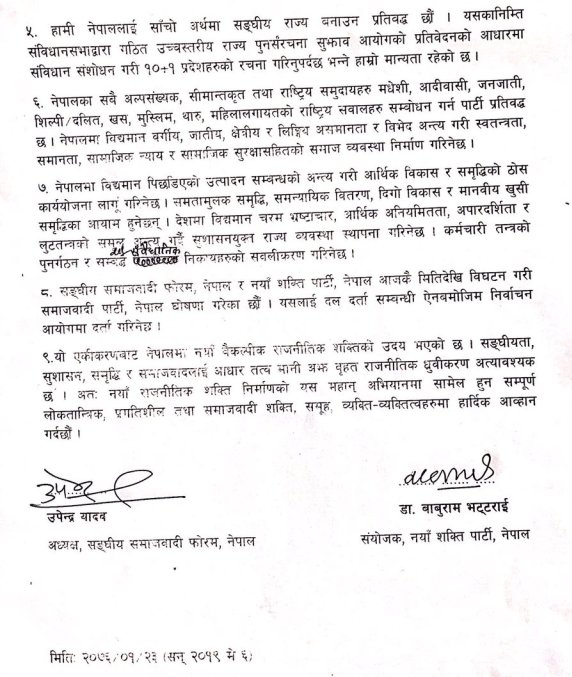 Mohammad Istiyak Rai, Durga Sob, Parshuram Basnet and Prashanta Singh have been named the secretaries of the party. The party's treasurer is Bijaya Kumar Yadav.