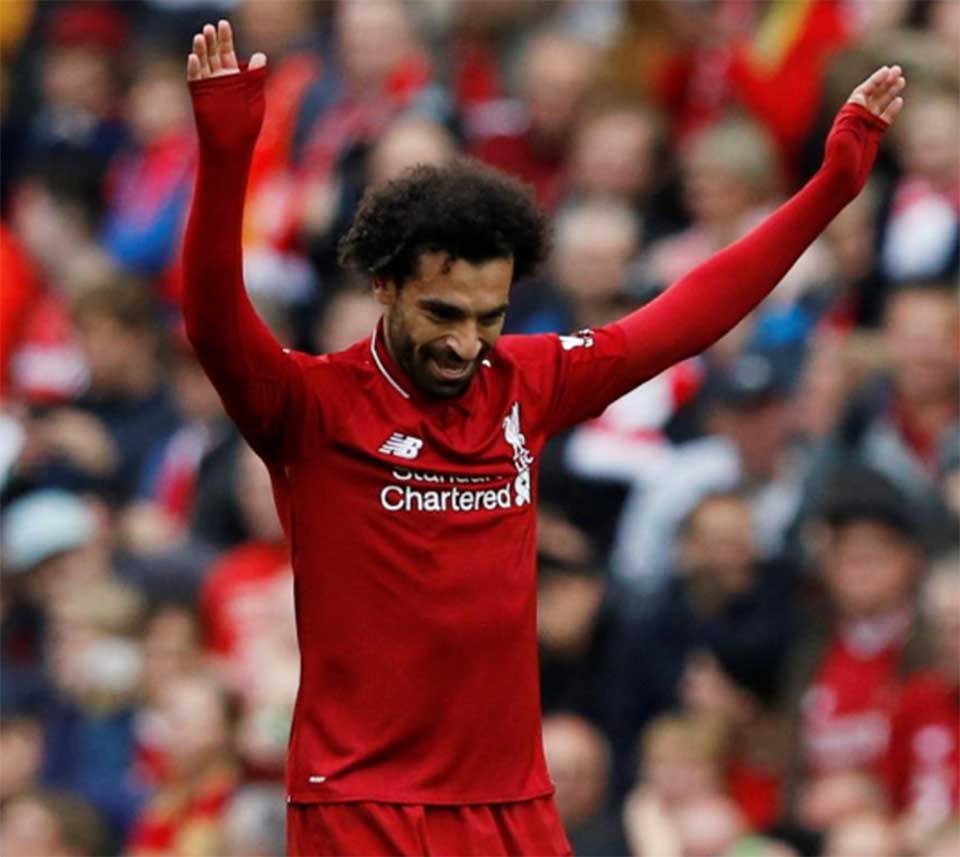 LONDON, Sept 23: Liverpool forward Mohamed Salah netted his first league goal since Aug. 25 as the Reds thrashed Southampton 3-0 on Saturday to leapfrog Chelsea at the top of the Premier League table and confirm their best start to a season.

Juergen Klopp’s side has won all six league games and are two points ahead of Chelsea, who have five wins from five games and play West Ham United on Sunday.

An own goal by Wesley Hoedt started the visitors’ misery in the 10th minute as Xherdan Shaqiri’s shot hit Shane Long before bouncing into the net off the Dutch defender and Joel Matip made it two with a header from a corner 11 minutes later.

Liverpool’s Egypt forward Salah, who had failed to score in his last two league games, went close with a delightful flicked effort with his back to goal at the end of the first half, the Anfield crowd singing his name in praise.

He made amends minutes later, though, bundling home a Shaqiri free kick that came back off the woodwork in first-half stoppage time for his third goal of the season.

Southampton failed to mount a comeback after the break and the result left them languishing in mid-table.

“I’m really, really happy about how we played the game today because it was clear it was a really difficult game, we knew that form the last few games when we played Southampton, but today we were in a really good mood,” Klopp said.

For all Liverpool’s firepower, it is their defense that has been most impressive this season, keeping another clean sheet and barely allowing Southampton a shot on target.

“A clean sheet is very important and staying concentrated in an intense period is difficult ... Joel Matip was spot on and the full backs had outstanding work rate and I liked what I saw,” the German coach said.

Central defender Virgil van Dijk had to be substituted 10 minutes into the second half.

“He had already before the PSG game a bruise in his ribs which is uncomfortable ... he said he could not shout anymore, but he should be ok,” Klopp said.

Liverpool canter to 2-0 victory at Southampton

Feb 12: After the agonies of last week, Liverpool closed to within two points of second-placed Manchester United with a... Read More...