Salah did not dive against West Ham, has marks to prove it - Klopp 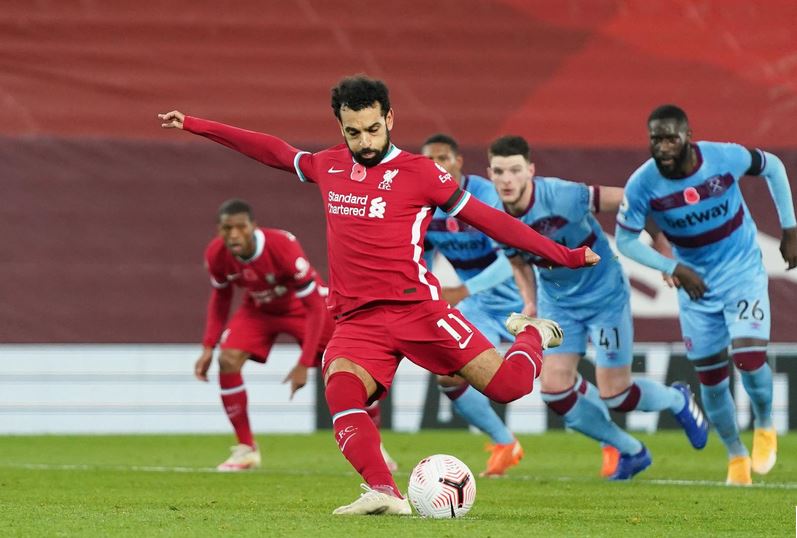 LIVERPOOL, Nov 3: Liverpool manager Juergen Klopp has hit back at accusations Mohamed Salah dived to win a penalty in Saturday’s 2-1 win over West Ham United, saying the Egyptian striker was fouled and has the bruises to prove it.

Salah went down in the penalty area after a clumsy challenge from Arthur Masuaku. He then stepped up to score the penalty that drew Liverpool level.

West Ham manager David Moyes was upset with the decision to award a penalty but Klopp was in no doubt Salah had been fouled.

“Pretty much everyone who saw the situation thought it was a foul,” Klopp told British media, adding that he had spoken to the striker about his fitness.

“He has exactly three proper knocks on the foot and one of them is from the penalty situation,” added Klopp.

“We don’t talk much about the penalties we don’t get but now two days after we are talking about this. There was clear contact. I don’t understand the criticism.”

Liverpool face Italian side Atalanta in the Champions League later on Tuesday.

3,284 foreigners arrested in five years for committing various crimes in Nepal
12 minutes ago

Overcrowded district jail at risk of infectious diseases
17 minutes ago

Madhav Nepal is not on right path: Bagmati CM Shakya
43 minutes ago
Current govt is an alliance of greedy sinners: Rayamajhi
1 hour ago