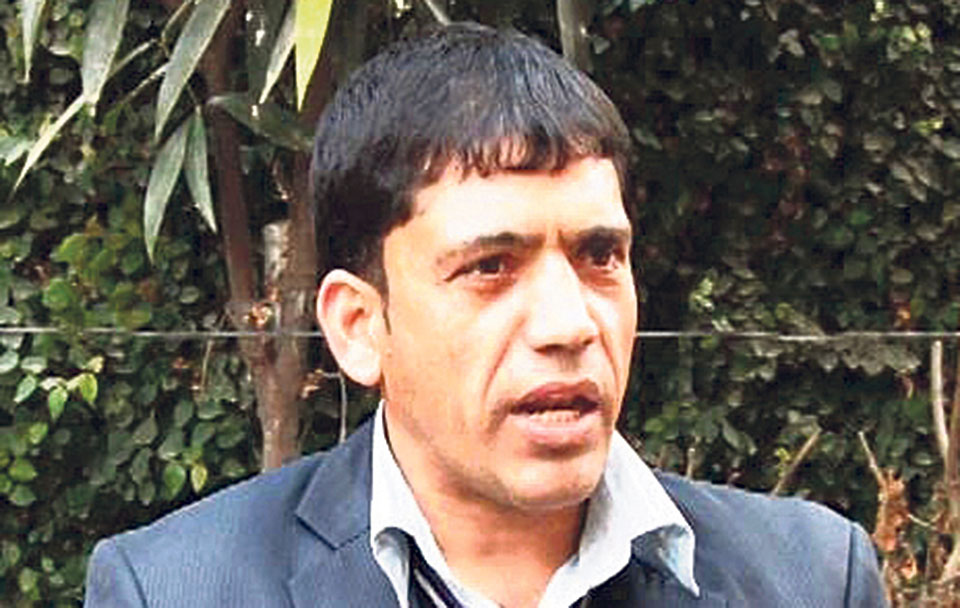 KATHMANDU, March 20: A meeting of the management board of Sajha Prakashan held on Tuesday approved the resignation of Dolindra Sharma as general manager. Sharma , who has been accused of irregularities at the government publishing house, has been deputed to another ministry.

A management board meeting held on March 12 had decided to seek clarifications from Sharma. But he tendered his resignation on March 15 instead of furnishing the clarifications, according to Sajha Prakashan officials.

Sharma had been at the publishing house for the last three years.

The management board had asked Sharma to furnish clarifications within three days concerning allegations that he had been working against the interests of the 105-year-old Sajha .

“The board meeting held today approved Sharma's resignation ,” said Bijaya Subba, an elected member of the management board. “Another board meeting will decide about probing the irregularities alleged against Sharma,” he added.

The cabinet meeting on March 3 had transferred Sharma to the Ministry of Land Management, Cooperatives and Poverty Alleviation (MoLMCPA) on deputation, pending another decision. The same meeting also appointed Under-Secretary Rishi Ram Pangeni of MoMCPA as general manager at Sajha Prakashan.

Sajha is under the Ministry of Education, Science and Technology (MoEST), and MoEST sought clarification from Sharma concerning allegations that he was not running the publishing house as per the regulations . Then education minister Gopal Man Shrestha had sacked Sharma in September, 2017.

However, Sharma went to the Supreme Court and obtained a stay order not to implement the decision .The latest Sajha board meeting decided to seek clarifications from Sharma as per the Sajha Prakashan Employees Regulations 2073 (30.1). The meeting was attended by Sajha Chairman Raghu Ram Bishta, new GM Pangeni, and members Harihar Khanal, DP Aryal, Mukti Subedi and Bijaya Subba.

Sajha board member and lawmaker Subba said a board meeting on March 12 also decided to operate a joint bank account in the names of new GM Pangeni and Hom Bhattarai, senior staffer at the publication.Though Sharma had moved the Supreme Court against the cabinet decision to transfer him , the apex court rejected his petition.

KATHMANDU, March 14: A meeting of the Sajha Management Board held on Tuesday decided to seek clarification from Dolindra Prasad... Read More...