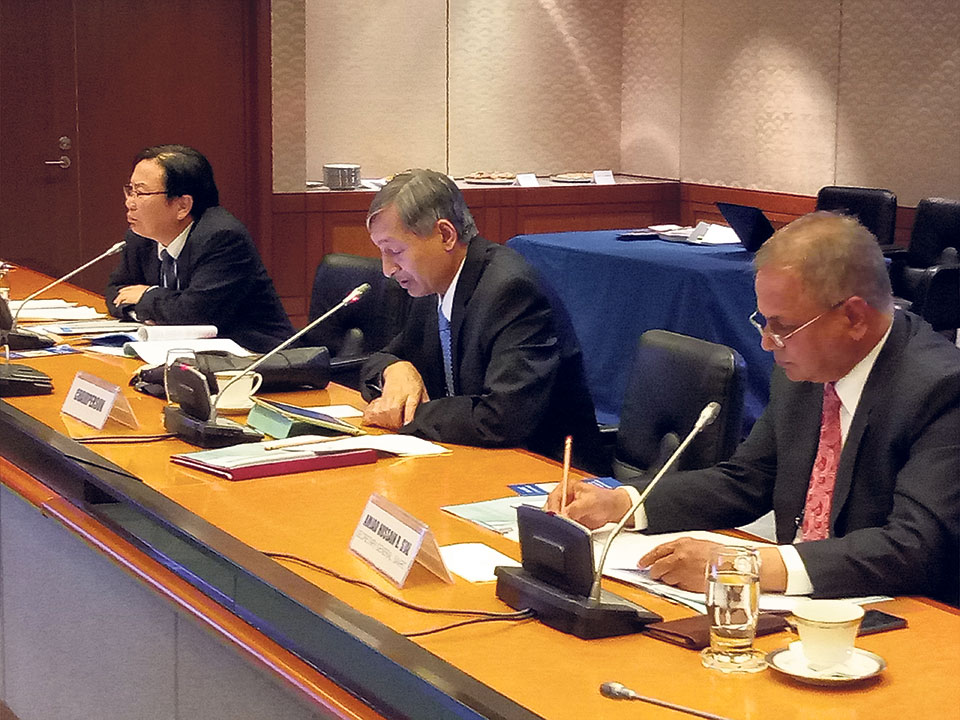 KATHMANDU, May 5: The 12th Informal Meeting of SAARC Finance Ministers has been held in Manila, Philippines, on May 4. The meeting was attended by the finance ministers and the heads of delegations of the eight SAARC member states. Finance Minister of Nepal, Yuba Raj Khatiwada, chaired the meeting. The leaders met in Philippines while they were representing their respective nations at the 51st Annual Meeting of the Asian Development Bank (ADB).

In his opening statement, Khatiwada expressed his gratitude towards ADB for its continuous support to SAARC and stressed on the need to make efforts to attain the main objective of the South Asian Economic Union (SAEU).

Likewise, SAARC Secretary General, Amjad Hussain B Sial, emphasized that the member states of SAARC should make ‘sincere efforts’ to implement the vision of SAEU as envisioned by SAARC leaders. He commended the efforts of ADB to help the SAARC region to develop.

ADB vice president Wenchi Zhang briefed the meeting on the status of collaboration between ADB and SAARC, reaffirming its support for the economic development and prosperity of the people residing in the SAARC region.

KATHMANDU, April 5: The government has stripped off the Department of Revenue Investigation (DRI) of additional authorities delegated by ministerial-level decisions... Read More...