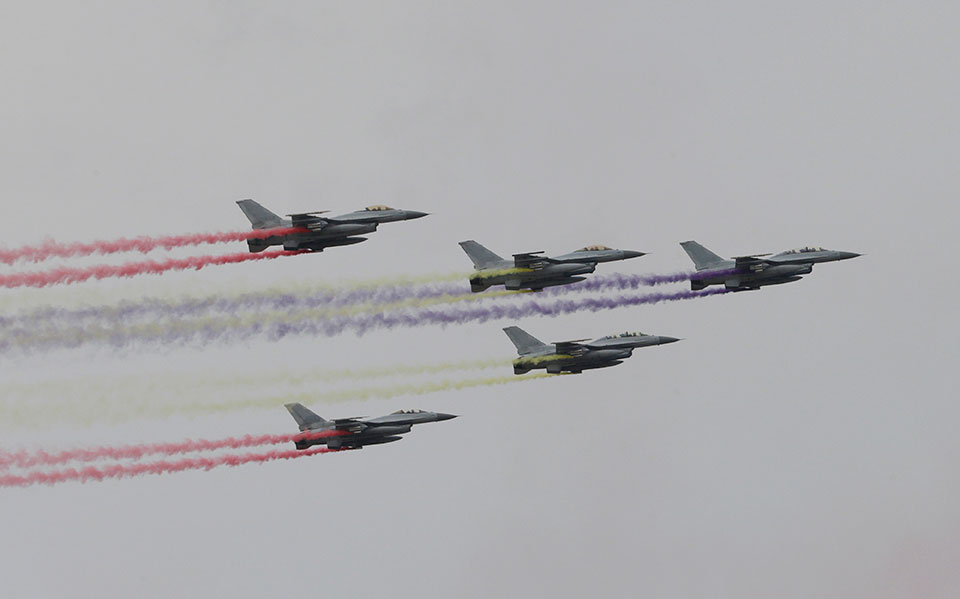 The South Korean and U.S. militaries regularly conduct joint exercises, often enraging North Korea, which views such training as an invasion rehearsal. The latest drills in the waters off the Korean Peninsula come amid fears of a possible military clash following the exchanges of insults and fierce rhetoric between President Donald Trump and North Korean leader Kim Jong Un.

The drills involve fighter jets, helicopters and 40 naval ships and submarines from the allies, including the aircraft carrier USS Ronald Reagan, according to South Korea's navy. Spokesman Jang Wook told reporters the drills are aimed at practicing how to respond to a potential naval provocation by North Korea and improving the allies' combined operational capability.

The drills were to include live-fire exercises by naval ships and aircraft and anti-submarine training, but South Korea's military didn't release any photos or video.

In a possible show of force against North Korea, the United States also sent four advanced fighter jets — two F-22s and two F-35s — for an air show and exhibition in Seoul that are to begin Tuesday. Last week, the United States flew two B-1B supersonic bombers from its air base in Guam to South Korea to try to demonstrate its power against any North Korean aggression.

North Korea didn't immediately respond to the start of the drills. On Friday, the North's foreign ministry accused the United States of provoking the country by mobilizing the aircraft carrier and other war assets near the peninsula.

"Such military acts compel (North Korea) to take military counteraction," said Kim Kwang Hak, a researcher at the Institute for American Studies at the ministry. "We have already warned several times that we will take counteractions for self-defense, including a salvo of missiles into waters near the U.S. territory of Guam."

In August, North Korea issued a similar threat, saying its military had presented Kim Jong Un with plans to launch intermediate-range missiles to create "enveloping fire" near Guam, a key U.S. military hub in the Pacific. The North has yet to carry out its threat.

Lobbing missiles close to Guam would be deeply provocative for the United States, and a miscalculation on either side could lead to a military conflict.

Under Kim's leadership, North Korea has been accelerating its efforts to bolster its weapons arsenals and acquire the capability to fire nuclear missiles at any target in the U.S. mainland. The North conducted its sixth and most powerful nuclear test in September and test-launched two intercontinental ballistic missiles in July.

Nepal records highest single-day spike in last one and half month with 3,421 new COVID-19 cases
15 hours ago

1.6 million doses of COVID vaccine to be administered to people above 55 years
20 hours ago

At least 57 migrants die in shipwreck off Libyan coast -U.N.
29 minutes ago

1.6 million doses of COVID vaccine to be administered to people above 55 years
20 hours ago
Supreme Court denies issuing interim order as demanded by the Thakur-led faction to halt EC’s recognition process
21 hours ago

Transport entrepreneurs demand refinancing and rescheduling of loans
22 hours ago