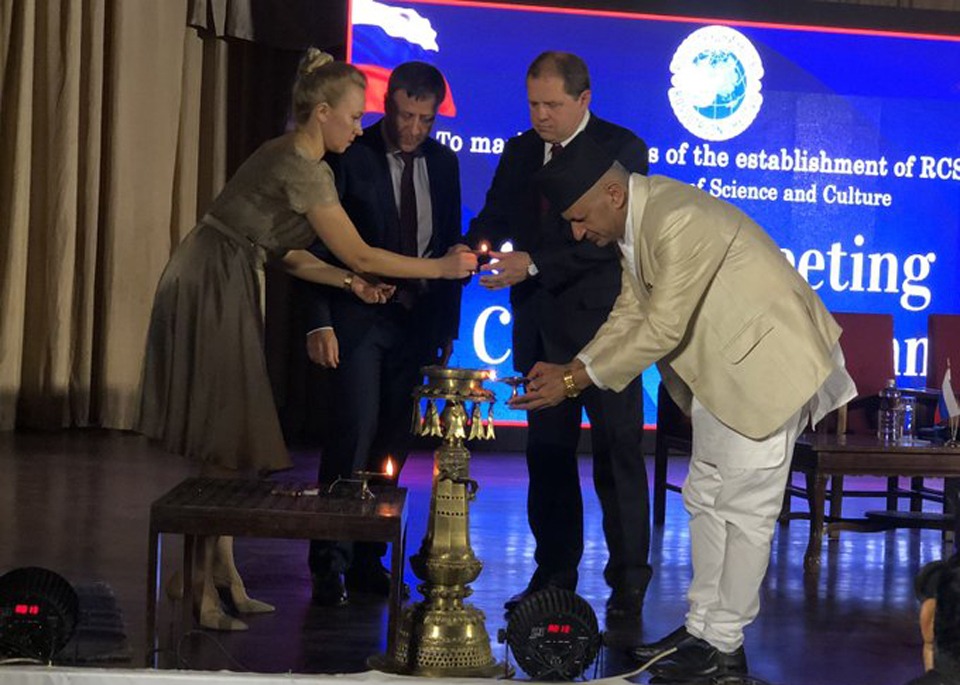 KATHMANDU, Sept 20: A special program was held to mark the 40th anniversary of the establishment of Russian Centre of Science and Culture in Kathmandu on Thursday.

Addressing the event, Minister for Foreign Affairs Pradeep Kumar Gyawali said that Nepal is seeking support from trusted partners like Russia in its efforts to achieve prosperity.

"We are now working to achieve economic prosperity after successfully completing a political transition. Therefore, we need support and solidarity from friends like Russia," he said.  He stressed the need to further enhance bilateral trade with Russia. Russian Ambassador to Nepal Aleksei A. Novikov expressed happiness over the state of excellent relations between the two countries.

The event was attended by people from various walks of life of the society including politicians, artists, and diplomat and among others. The event also featured cultural performances.

RCSC was established in 1979 in Kathmandu. Now, it is the representative wing of the Federal Agency of Commonwealth of the Independent State Affairs, compatriots living abroad and the International Humanitarian Cooperation of the government of the Russian Federation in Moscow to strengthen that relationship in cultural and scientific sectors.

"The RCSC acts as a bridge to promote people to people relationship between Russia and Nepal through collaborative and cooperative engagement in the field of science, culture and education," the RCSC said.